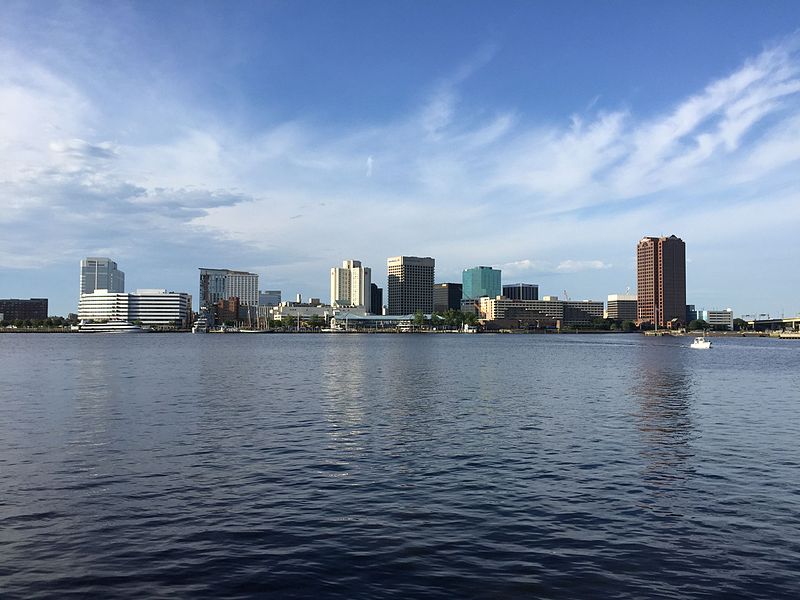 Photo attributed to Antony-22. This file is licensed under the Creative Commons Attribution-Share Alike 4.0 International license. No endorsement by licensor implied.

Sea level rise is becoming a major problem for transportation agencies. This study examines three issues: (1) identifying the impacts of sea level rise and storm surge on areas that may be evacuated from a hurricane, (2) evaluating microscopic and mesoscopic traffic simulation tools for evacuation scenarios, and (3) identifying adaptation strategies that could be useful for addressing sea level rise and protecting the road network.

While hurricane evacuation notices are typically timed to attempt to clear evacuees from the roadways prior to the arrival of tropical storm force (or greater) winds, low lying areas must also be concerned about storm surge flooding, particularly for surge forerunners and as sea levels rise. This report uses water level time series data from the U.S. Army Corps of Engineers to identify the roads and areas of Norfolk and Virginia Beach vulnerable to storm surge flooding and sea level rise. The data were analyzed in conjunction with the terrain model. This study investigates three conditions, including (1) the base condition which is defined as the condition under storms modeled on mean sea level with wave effects, no sea level change, no astronomical tides, (2) the base condition plus tide, and (3) the base condition plus tide and 1.0 meter of sea level rise. For the analysis process, GIS was used to locate flooded areas and roads. Conditions 1 and 2 had similar results. The ranges of highest flood levels for conditions 2 and 3 are 1.5 to 4.5 meters and 2.5 to 5.2 meters, respectively. The percentages of flooded risk areas for condition 2 ranges from 4 % to 27%, while for condition 3 the range is 22% to 26% before the peak period, and more than half of the area is flooded during the peak period.

Read about the project here.