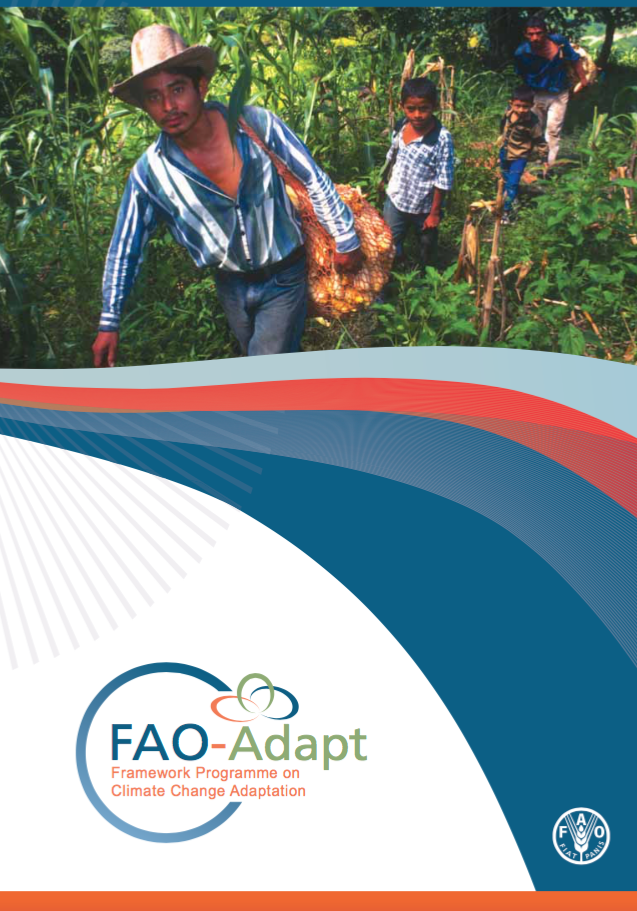 In 2009, the World Summit on Food Security recognized the challenges climate change presents to food security. In doing so, it offered a proactive commitment to support adaptation and mitigation efforts in agriculture, as well as efforts to increase the resilience to climate change, with particular attention to small agricultural producers and vulnerable populations

Building on this, FAO has called for an integrated climate change programme with expanded work on adaptation that builds on current activities and is consistent with the legal and political framework of the United Nations Framework Convention on Climate Change (UNFCCC) and the scientific work of the Intergovernmental Panel on Climate Change (IPCC). In February 2011, FAO’s Programme Committee recommended that FAO coordinate cross-cutting issues, such as climate change, across FAO’s strategic objectives. The FAO Framework Programme on Climate Change Adaptation, called FAO-Adapt is a concrete tool towards achieving these goals.

FAO-Adapt serves a double purpose. First, it systemizes the adaptation activities currently underway across the organization which serves to ensure that all efforts can move ahead toward a clear and unified goal. This, in turn, enables FAO to present a comprehensive body of work to the outside world – as it seeks support to expand its adaptation activities in response to the increasing needs of member countries.

FAO-Adapt will help enhance this support by mainstreaming climate change adaptation into all FAO development activities at national, regional and global levels.

objectives. In addition, FAO-Adapt responds to the global call for enhanced action on adaptation that emerged from the December 2010 decision to establish the Cancún Adaptation Framework and Green Climate Fund as a part of the Cancún Agreement.

The document consists of five main sections. Chapter 1 introduces the background and context of FAO-Adapt. Chapter 2 discusses climate change impacts on the agriculture sectors and food security while Chapter 3 defines adaptation in the context of the agriculture sectors and describes means and measures for adaptation. Chapter 4 introduces FAO’s work on climate change adaptation with its core principles and priority adaptation themes and actions and, in conclusion, Chapter 5 presents FAO-Adapt's implementation proposals.