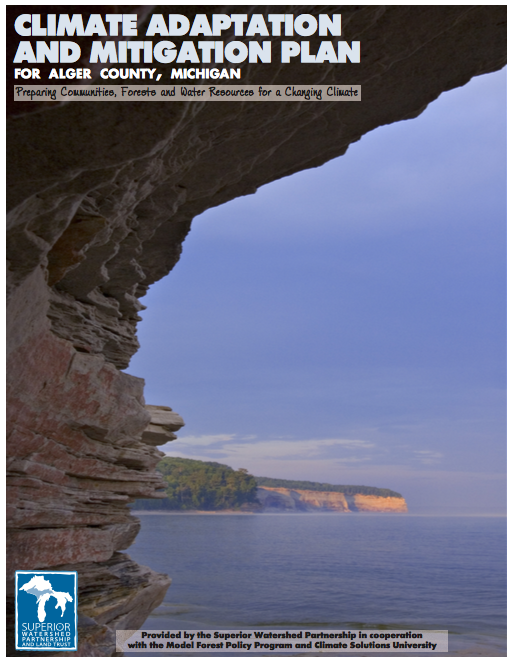 With over a half of million forested acres and a public land to private land ratio of one to one, Alger County is an area whose economic sustainability relies almost solely on the stewardship of its land and water.  Significant decline in water or forest quality will impact more than 20 percent of its labor force.  As an area that is already economically depressed, the decline of its natural resource health would prove catastrophic, causing a significant decline to the quality of life for all of its residents - plant, animal, and human - and serve as a large drain on the Upper Peninsula region, the Lake Superior watershed, and the State of Michigan.  There is already early evidence of tree species migration. Already endangered species such as the Piping Plover, a migratory bird that nests along the shores of Alger County, will struggle to keep its nesting habitat intact as Lake Superior’s turbidity and wave action increases. Globally, the issue of freshwater quality, water rights and ownership will continue to be one of the largest issues of our time. Climate change only increases the urgency and severity of water issues. Alternative energy and fuel continues to drive geo-political policymaking and several emerging markets. Beyond the SWP and CSU, many other partners and regional agencies supported the creation of this plan:

SWP and the supporting team devoted 10 months in 2011 to conduct an in-depth assessment of the risks and opportunities related to climate change impacts to forest, water and economics of the community.The priority risks identified include:

With this climate action plan, we intend to enhance existing climate change efforts in our region, and to serve as a model for communities around our state and the Lake Superior Watershed.

The Superior Watershed Partnership and Land Trust (SWP) partnered with the Model Forest Policy Program (MFPP) to develop an adaptation plan for Alger County, Michigan. SWP conducted vulnerability assessments of the county’s forest and water resources and economy in a changing climate and developed adaptation actions for implementation.