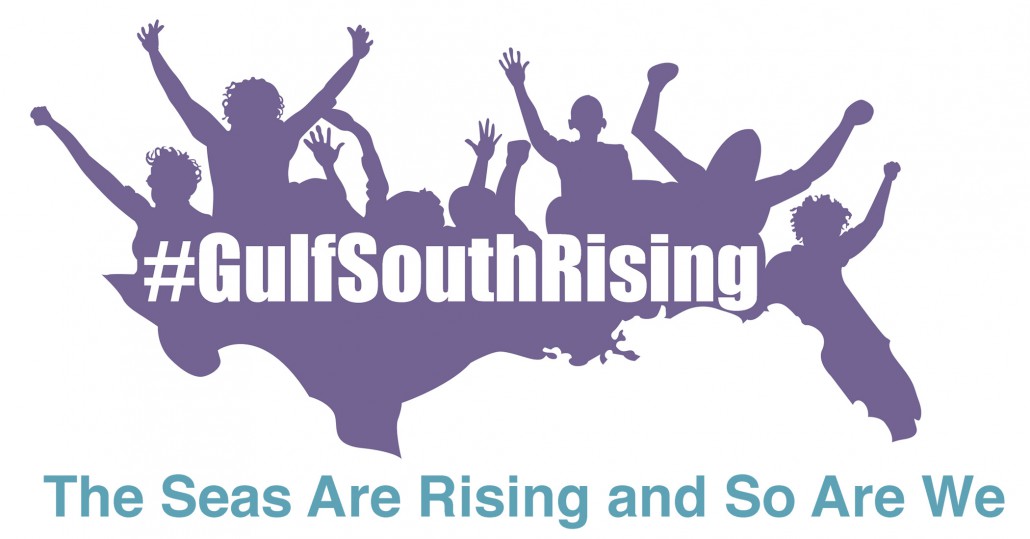 Gulf South Rising was a regional movement of coordinated actions and events to highlight the impact of the global climate crisis on the Gulf South region. Through collaborative events and actions around strategic dates in 2015, Gulf South Rising demanded a just transition away from extractive industries, discriminatory policies, and unjust practices that hinder equitable recovery from disaster and impede the development of sustainable communities.

The Gulf South Rising (GSR) Strategy Document was created through a five-year community process anchored by the Gulf Coast Center for Law & Policy using People’s Movement Assemblies (PMAs) as the method for community-based issue mapping and agenda setting. The PMA process allowed frontline community members of the Gulf South to collectively identify their own problems and vision their own solutions. Notes and decisions from five years of these PMAs across the region were synthesized into the Gulf South Rising strategy document. The Gulf South Rising Strategy Document principles for moving together, defined broad goals and specific objectives for the initiative, and structured collective regional actions around the 2015 calendar year.

While crafted around commemorations. The Gulf South Rising initiative was strategically more than the sum of its parts. A regional collective of residents developed and supported leadership on the ground through the shared work of many of these commemorations. The GSR initiative created a culture of engagement and decision-making rooted in true democracy, trained local advocates on the intersection of climate change and social justice, and ensured that stories were told authentically by the people of the Gulf South. Gulf South Rising collectivized the 2015 movement energy in the region to support self-determination at the grassroots level for Gulf South communities. Participants in this 12-month initiative have determined that the Gulf South is Rising.