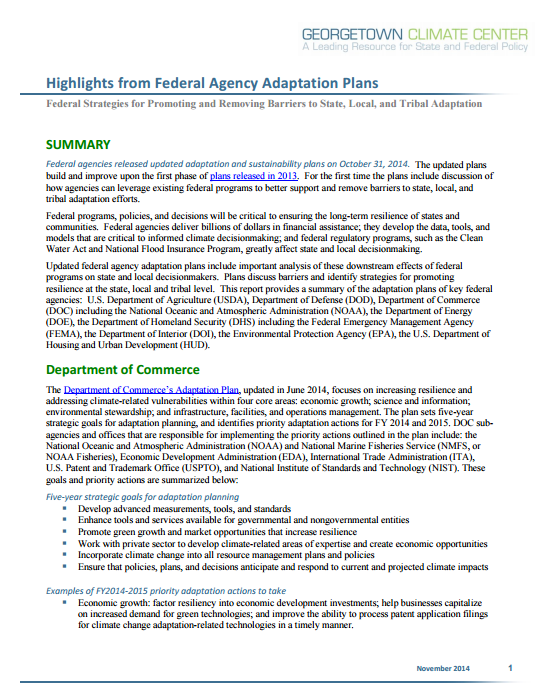 Federal agencies released updated adaptation and sustainability plans on October 31, 2014. The updated plans build and improve upon the first phase of plans released in 2013. For the first time the plans include discussion of how agencies can leverage existing federal programs to better support and remove barriers to state, local, and tribal adaptation efforts.

Federal programs, policies, and decisions will be critical to ensuring the long-term resilience of states and communities. Federal agencies deliver billions of dollars in financial assistance; they develop the data, tools, and models that are critical to informed climate decisionmaking; and federal regulatory programs, such as the Clean Water Act and National Flood Insurance Program, greatly affect state and local decisionmaking.