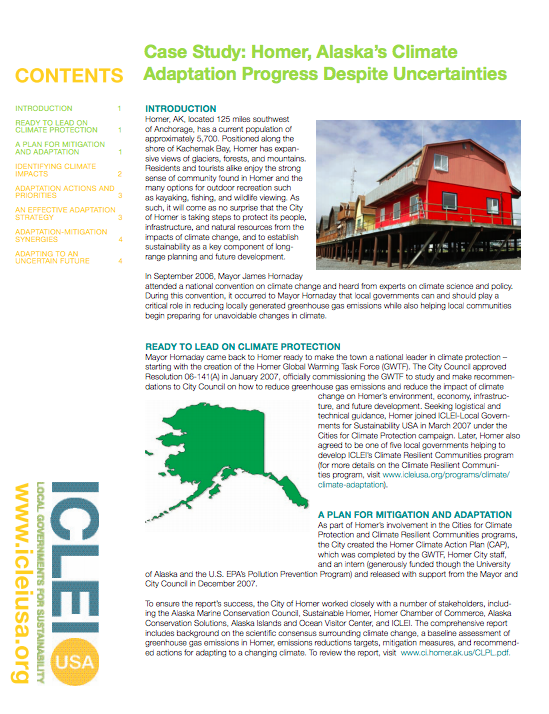 Homer, AK, located 125 miles southwest of Anchorage, has a current population of approximately 5,700. Positioned along the shore of Kachemak Bay, Homer has expansive views of glaciers, forests, and mountains. Residents and tourists alike enjoy the strong sense of community found in Homer and the many options for outdoor recreation such as kayaking, fishing, and wildlife viewing. As such, it will come as no surprise that the City of Homer is  taking steps to protect its people,infrastructure, and natural resources from the impacts of climate change, and to establish sustainability as a key component of  longrange planning and future development. In September 2006, Mayor James Hornaday attended a national convention on climate change and heard from experts on climate science and policy. During this convention, it occurred to Mayor Hornaday that local governments can and should play a critical role in reducing locally generated greenhouse gas emissions while also helping local communities begin preparing for unavoidable changes in climate.