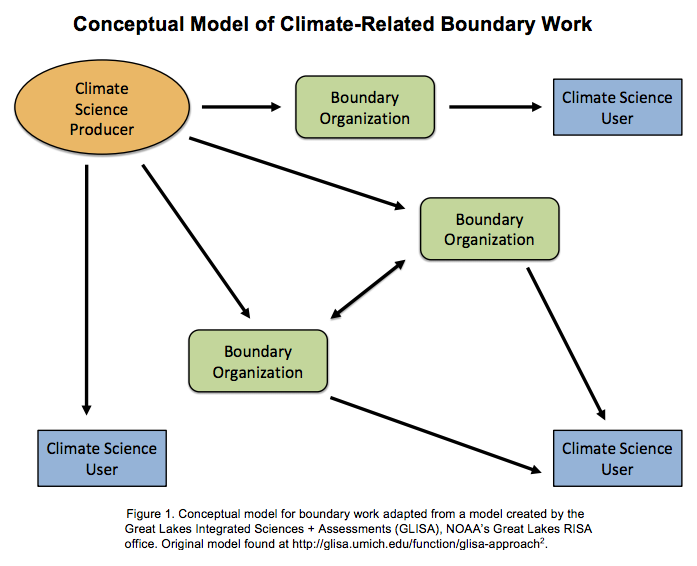 Local level climate activities represent significant drivers of climate adaptation efforts across the United States. These efforts include actions like updating community transportation, designing infrastructure to withstand more extreme storm events, or increasing the resiliency of local food systems. However, the adaptation efforts of these localities are often hindered by limits related to knowledge, finances, and/or organizational capacity. Many local governments and public agencies turn to boundary organizations (see definition below) associated with climate science in order to fill that missing capacity. Relatively little is known about the nature of boundary organization work at the local level within the realm of climate adaptation. The aim of this project is to examine patterns between boundary organizations and local government adaptation efforts around the United States. GIS techniques were used to analyze boundary organization populations in set buffer zones around local governments that responded to a 2014 survey of local climate activity in the United States and reported climate policy innovations of some kind.