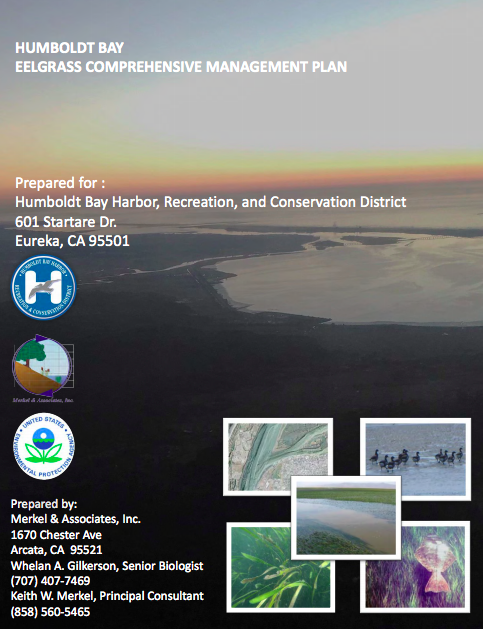 Humboldt Bay is California’s second largest estuary, encompassing roughly 62.4 square kilometers (about 15,400 acres) and supporting more extensive eelgrass resources than any other system in the state. Eelgrass is a highly productive seagrass that contributes to ecosystem functions at multiple levels as a primary and secondary producer, as a habitat structuring element, as a substrate for epiphytes and epifauna, and as a sediment stabilizer and nutrient cycling facilitator. In Humboldt Bay, eelgrass provides foraging habitat or cover for a variety of fish, bird and invertebrate species, including species that have important cultural, commercial, and recreational values to the region as well as species that are listed under the federal or state Endangered Species Act.  Eelgrass is one of the most abundant habitats in Humboldt Bay, and its contribution to the ecosystem stability and character cannot be overstated.

The Humboldt Bay Eelgrass Comprehensive Management Plan is intended to be an ecosystem‐ based management (EBM) plan.  The goals of the plan identified in the EPA grant proposal are to: