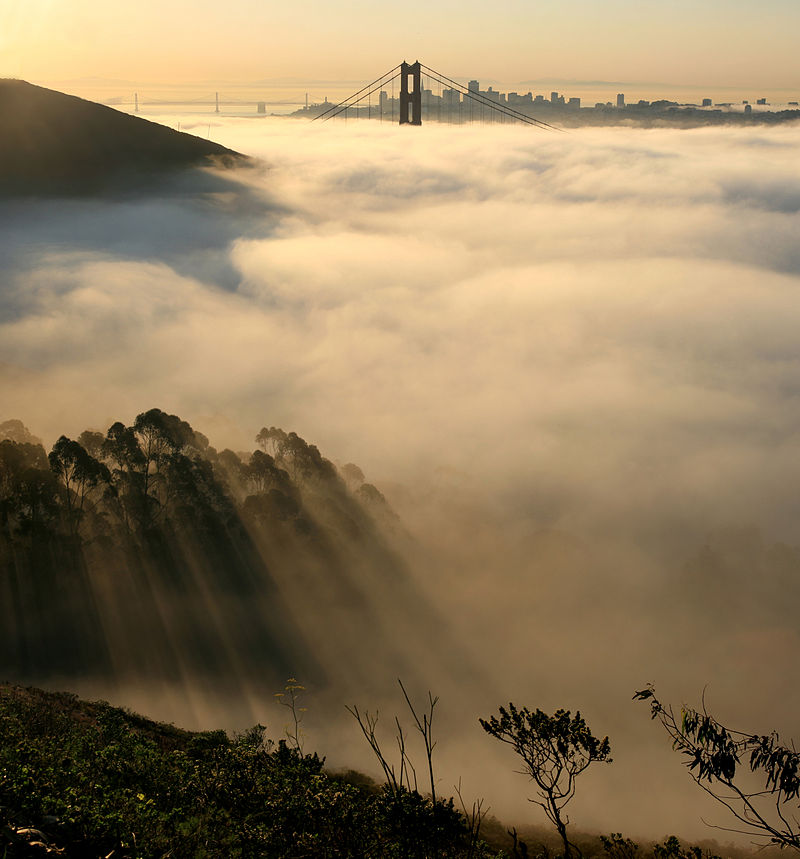 Photo attributed to Brocken Inaglory. This file is licensed under the Creative Commons Attribution-Share Alike 3.0 Unported license. No endorsement implied.

The research goals of this project were threefold: (1) to systematically identify the adaptation barriers encountered by local government entities in San Francisco Bay; (2) to test empirically the robustness and usefulness of a diagnostic framework (previously developed by the authors) so as to modify or refine its components; and (3) to draw larger lessons about the adaptation process and the importance of adaptation barriers—even in highly developed nations—for the scientific community in terms of future research priorities and for policy-makers.

To fulfill these goals, an in-depth study of five California case studies in the San Francisco Bay region (Hayward, San Francisco, Santa Clara and Marin Counties, and the regional adaptation process) was undertaken. Relevant data were collected through key informant interviews, public documents, observation of and/or participation in public meetings, and a statewide survey.

The study found growing, but still very limited activities in the case studies. Institutional and attitudinal barriers dominate, but economic barriers are also important, even in wealthy locales. Leadership emerged as a critical factor in moving them forward on adaptation. Science mattered some, but policy and planning opportunities were more significant in motivating or launching the adaptation process. The study also found that communities have assets, aids, and advantages that can help them avoid barriers and that there is significant opportunity to affect and overcome the barriers that are being encountered in the “here and now.” However, local communities need outside intervention to address “legacy” and “remote” barriers. With still very little visible adaptation activity “on the ground,” the study concluded that a big portion of what communities are doing to date is working on overcoming the barriers to adaptation instead.