Increasing western US Forest Wildfire Activity: Sensitivity to Changes in the Timing of Spring 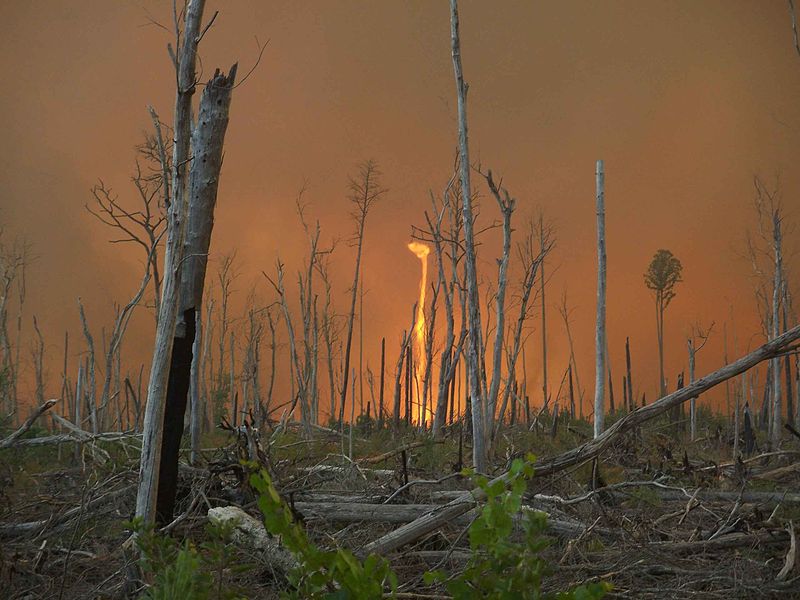 This work has been released into the public domain by its author Sanders Greg, U.S. Fish and Wildlife Service. No endorsement implied.

Prior work shows western US forest wildfire activity increased abruptly in the mid-1980s. Large forest wildfires and areas burned in them have continued to increase over recent decades, with most of the increase in lightning-ignited fires. Northern US Rockies forests dominated early increases in wildfire activity, and still contributed 50% of the increase in large fires over the last decade. However, the percentage growth in wildfire activity in Pacific northwestern and southwestern US forests has rapidly increased over the last two decades. Wildfire numbers and burned area are also increasing in non-forest vegetation types. Wildfire activity appears strongly associated with warming and earlier spring snowmelt. Analysis of the drivers of forest wildfire sensitivity to changes in the timing of spring demonstrates that forests at elevations where the historical mean snow-free season ranged between two and four months, with relatively high cumulative warm-season actual evapotranspiration, have been most affected. Increases in large wildfires associated with earlier spring snowmelt scale exponentially with changes in moisture deficit, and moisture deficit changes can explain most of the spatial variability in forest wildfire regime response to the timing of spring.

This article is part of the themed issue ‘The interaction of fire and mankind’.