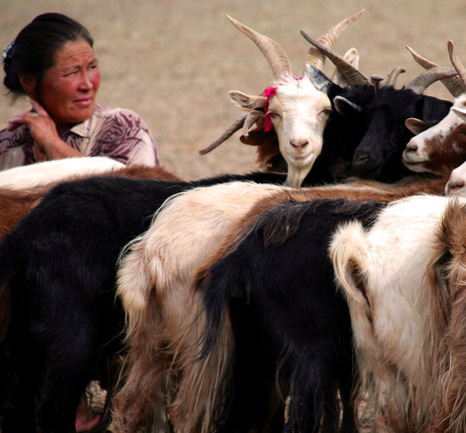 Harsh and unpredictable weather, exacerbated by climate change, makes herders in Mongolia vulnerable to mass livestock losses. In 2010, over 50% of Mongolia’s herders were affected by extreme weather, with 75,000 herders losing more than half their livestock. About 33% of the country’s workforce are herders, leaving many Mongolian households – and the nation’s economy – vulnerable to shocks affecting livestock populations. The Government of Mongolia’s Index-Based Livestock Insurance (IBLI) Project, supported by the World Bank, developed an innovative index-based mortality livestock insurance now available in every Mongolian province. Index-based insurance programmes aim to make payouts based on an index of aggregated criteria, such as livestock losses over a geographic area, rather than households’ or businesses’ actual, individual losses. IBLI protects Mongolian families from significant livestock loss by providing financial security, while also encouraging herders to adopt practices that build their resilience to extreme weather events. In 2012 alone, herders bought 16,000 insurance policies. This brief demonstrates how an insurance programme such as IBLI can be used as part of a strategy to protect populations from climate-based risks.