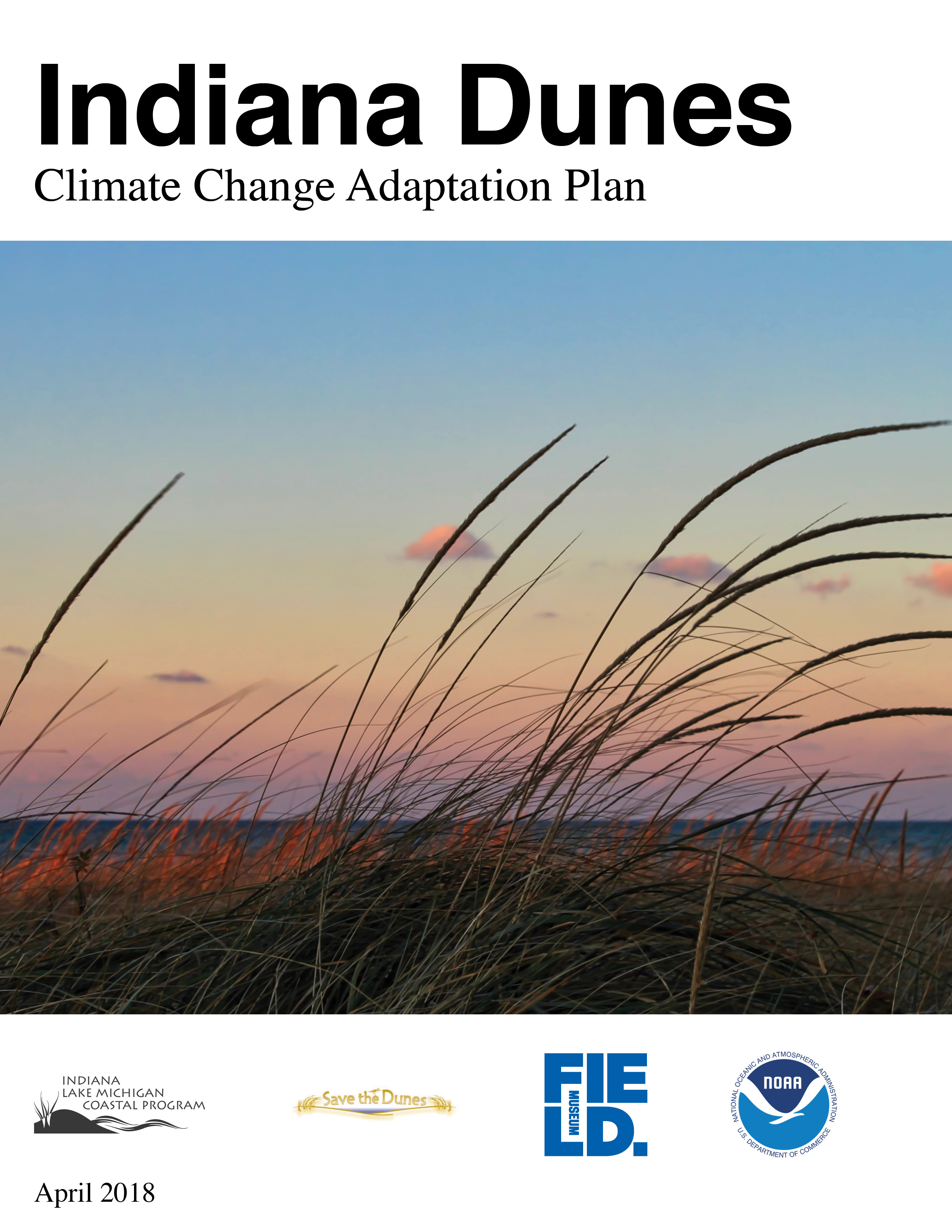 The Indiana Dunes National Lakeshore is one of the most floristically rich U.S. national parks, situated within a narrow band at the southern tip of Lake Michigan. Embedded within this unique national park is the Indiana Dunes State Park, which consists of 2,182 acres of similar primitive and exceptional landscape. A wide range of habitats and plant species are found in these parks, where a dune and swale succession progresses from the shore inland and habitats include abundant plant species, from boreal and prairie to Eastern deciduous forest. These habitats are also home to many types of animals and the lake provides habitat for numerous aquatic species. In addition, both the state and national parks provide year-round recreational opportunities. Recent studies from the National Park Service Climate Response Program found that temperature, precipitation, and indications of the onset of spring relative to historic values (1901-2012) are already exposing the Indiana Dunes region to climate impacts. One-fifth of the length of the park’s lakeshore is highly vulnerable to lake level changes. Rising temperatures are expected to make habitats less hospitable to some species, especially boreal plants, and forest compositions will change as habitats for many tree species are driven northward. Like most of the Midwest US, precipitation in Indiana Dunes is expected to become characterized by fewer but heavier rain events, with an overall decrease in precipitation during the summer and an increase during the winter months. Winter precipitation will shift away from snow, falling in the form of rain more and more, and Lake Michigan may eventually have less ice cover. The number of days within the growing season has increased and is expected to continue doing so by as much as a month’s time by the middle of the century, with the expectation of earlier springs and later autumns.

This climate change adaptation plan was developed in 2017 and 2018 with funding from the Indiana Department of Natural Resources Lake Michigan Coastal Program and National Oceanic and Atmospheric Administration. Guidance for the development of the plan was provided by The Field Museum, Save the Dunes, and from the regional advisory committee comprised of organizations associated with the Indiana Dunes Ecosystem Alliance (IDEA) - the National Park Service (NPS), Indiana Department of Natural Resources (DNR), U.S. Geological Survey (USGS), The Nature Conservancy (TNC), Shirley Heinze Land Trust (SHLT), and the National Parks Conservation Association (NPCA). Climate change vulnerability assessments for habitats in the region were developed through local workshops, webinars, and meetings with a diverse set of regional experts and additional information was gathered from scientific studies and cutting edge, downscaled climate model projections for the state of Indiana from the Purdue Climate Change Research Center (http://www.purdue.edu/discoverypark/climate/).

Adaptation options assembled in this plan range from resisting impacts to embracing an evolution in habitats that results in a suite of ecosystem functions that are better suited to future conditions. Shifts in growing seasons will necessitate changing the timing of some activities, such as prescribed fire. In addition, managers may need to adapt the nature of the burn (intensity and duration) to hotter and drier conditions, and adjust fire management protocols to create refugia, new habitats, and to preserve vulnerable species (e.g., boreal, etc.). Coordinating with regional planners will enable managers to enhance corridors in the fragmented landscape that will allow plants and animals to migrate. Infrastructure at the parks will need to be improved, and this is an opportunity to re-evaluate park structures and roads that are better suited to future conditions. The parks will benefit from adding to their monitoring activities to create a “watch list” of southern invasive species that will be moving into the area, and connecting with other land managers to share information about best management practices for controlling their current invasive species. Finally, park managers may want to consider creating messaging systems that advise area residents, staff, and visitors about climate related threats such as extreme heat, flooding, an increase in the number of ticks, more wildlife encounters, etc.