Innovation and Diffusion of Sustainable Agricultural Water Resource Management in a Changing Climate: A Case Study in Northeast Thailand 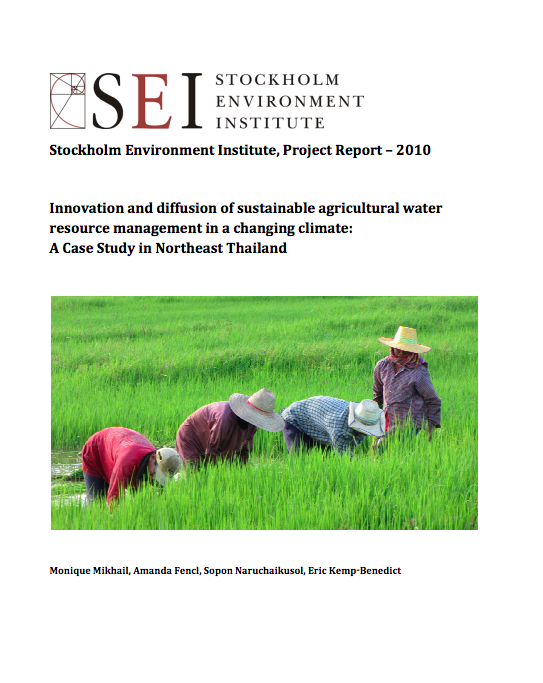 Thailand's smallholders already experience weather shocks, and are learning to adapt accordingly. From observations of rice production during the climate extremes of the past several years, it is possible to identify adaptive innovations to longer-term climate changes: in Yasothon Province, smallholders have have increased the varieties of rice grown to include both drought- and flood-tolerant varieties; selected seed to adapt varieties to current conditions; increased the number and variety of crops grown; and found better water management practices.

It is also known that social networks play a key role in innovation diffusion in agricultural communities. To study the influence and character of social networks and individual innovators in the context of water resources management for climate adaptation, we conducted a comparative analysis of two villages in Yasothon Province in Northeast Thailand. One village had participated in an Oxfam/Earth Net Foundation pilot project intended to assist farmers in financing and sharing their innovations to establish water management systems for adapting to climate risks. The other village had autonomous innovations, and smallholders had created their own local training centers to share them.

By researching the individual characteristics of innovators, the network characteristics of the two village networks, and the institutional framework within which these actions are occurring, we developed key insights into how adaptation strategies could become more widespread, so they can be utilized by adaptation planners and practitioners across Thailand.