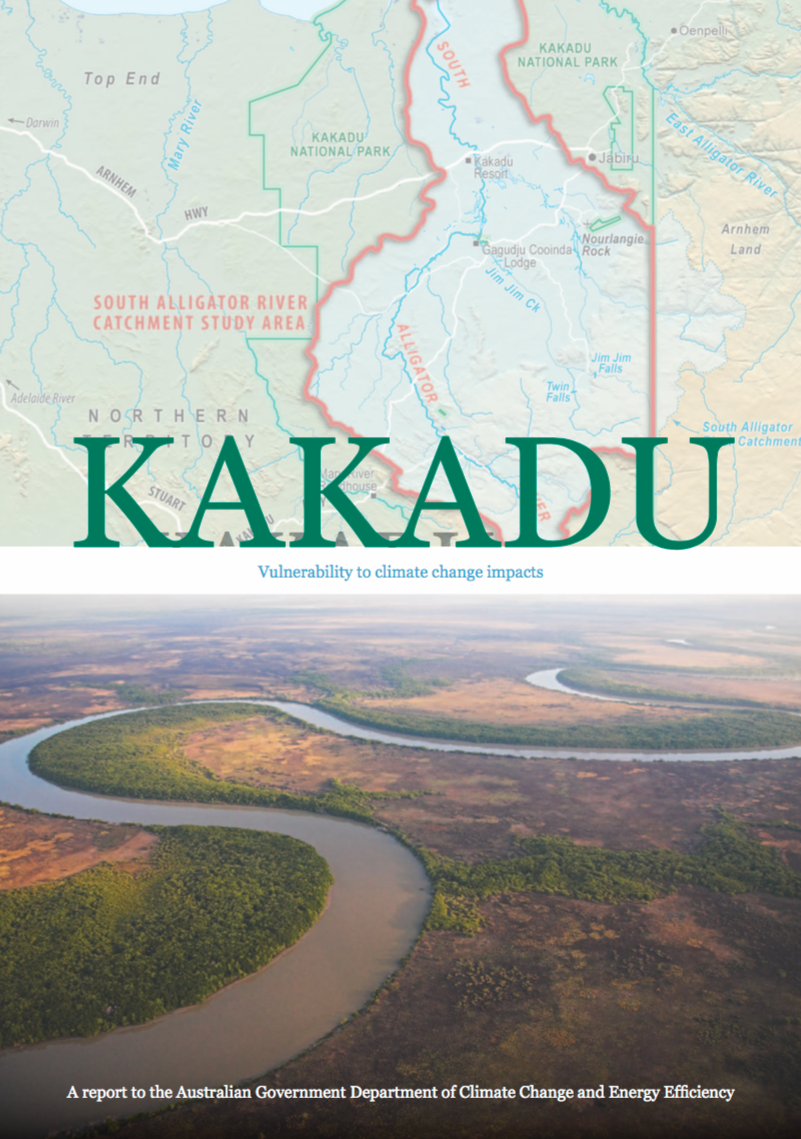 This case study examines the potential impacts of climate change and sea level rise on the South Alligator River system, one of Australia's most valued, natural, and cultural landscapes. The South Alligator River is located within the Northern Territory's Kakadu National Park which receives international recognition and is listed as a World Heritage area and Ramsar site (fig. ES-1). Kakadu is one of Australia's natural ecosystems most vulnerable to the impacts of climate change, with saltwater intrusion a serious risk to its freshwater wetland systems.

Modelling undertaken in this study under climate change scenarios for 2030 and 2070, suggests that future saltwater intrusion within the South Alligator River is likely to occur due to increased tidal pressure on dendritic channels and increased levee overtopping. Other findings include a significant change in the number of days each year classified as either 'wet' or 'dry' days, and a significant alteration in the frequency, duration, and extent of large floods.

Climate changes for 2030 and 2070 are expected to impact on the key environmental, cultural, and economic values of the study area. Environmental values such as native species (migratory and threatened) are likely to be affected by a decrease of the extent of freshwater flora and abundance of fauna, which may also impact upon cultural values due to a decrease in species of cultural significance (e.g. for bush tucker). Further impacts to cultural values may include reduced access to country (including sites of cultural significance), as well as reduced recreational opportunities for local people and tourists. The regional economy may also be impacted by changes to the environmental values. Tourism makes a significant contribution to the regional economy, and a decline of Kakadu's environmental values could result in reduced numbers of visitors to the region. In concluding the study, the performance of potential adaptation options against a 'do nothing' approach was assessed.