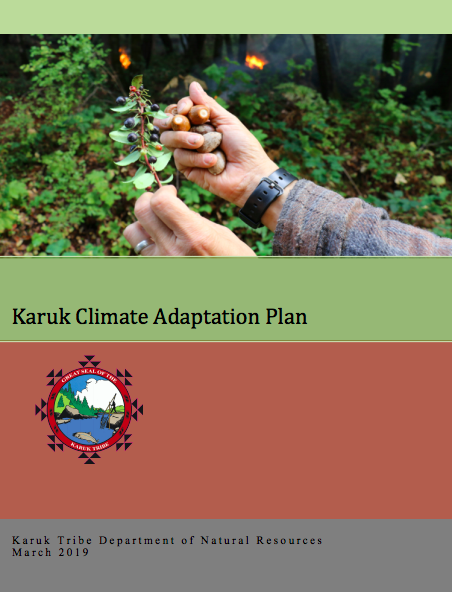 Within Karuk Aboriginal Territory on the mid Klamath, the effects of climate change are immediate and occurring now (Butz and Sanford 2011, Butz et al 2015, Vander Schaaf et al. 2004, Olson et al. 2012, Damschen et al. 2010, Harrison et al. 2010). Responding to these impacts and simultaneously anticipating future impacts is a challenging task. Climate change is one of the most dramatic and widespread impacts the modern world has faced and attempting to come to terms with the data and implications can be daunting. Fortunately, we are not facing it alone. Tribal and non-tribal peoples around the world are engaged in efforts to halt fossil fuel production, move to renewable energy and transportation systems, document the current impacts from climate change, and plan for the future. This report is one piece of that effort.