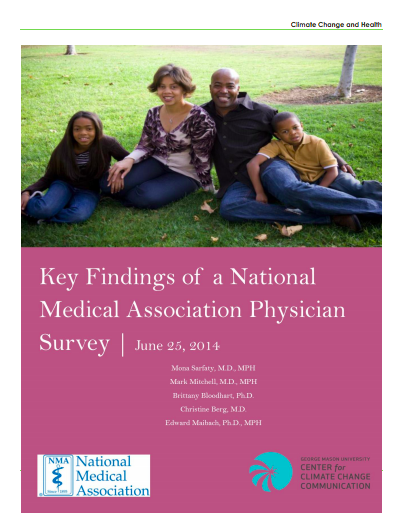 The following report contains the findings of a survey conducted in two phases in March and May of 2014 among members of the National Medical Association (NMA), the association of African American physicians. The survey was conducted in collaboration with George Mason University. The purpose of the survey was to assess physicians’ experience with the health effects of climate change and their thoughts about how to address this issue. In March, attendees of the 2014 NMA policy conference were asked to complete a paper version of the survey. In May, all regular NMA members for whom the association had email addresses were asked to complete a web-based version of the survey. A total of 284 members from 33 states responded to one or the other administration of the survey, for a total response rate of 30%.