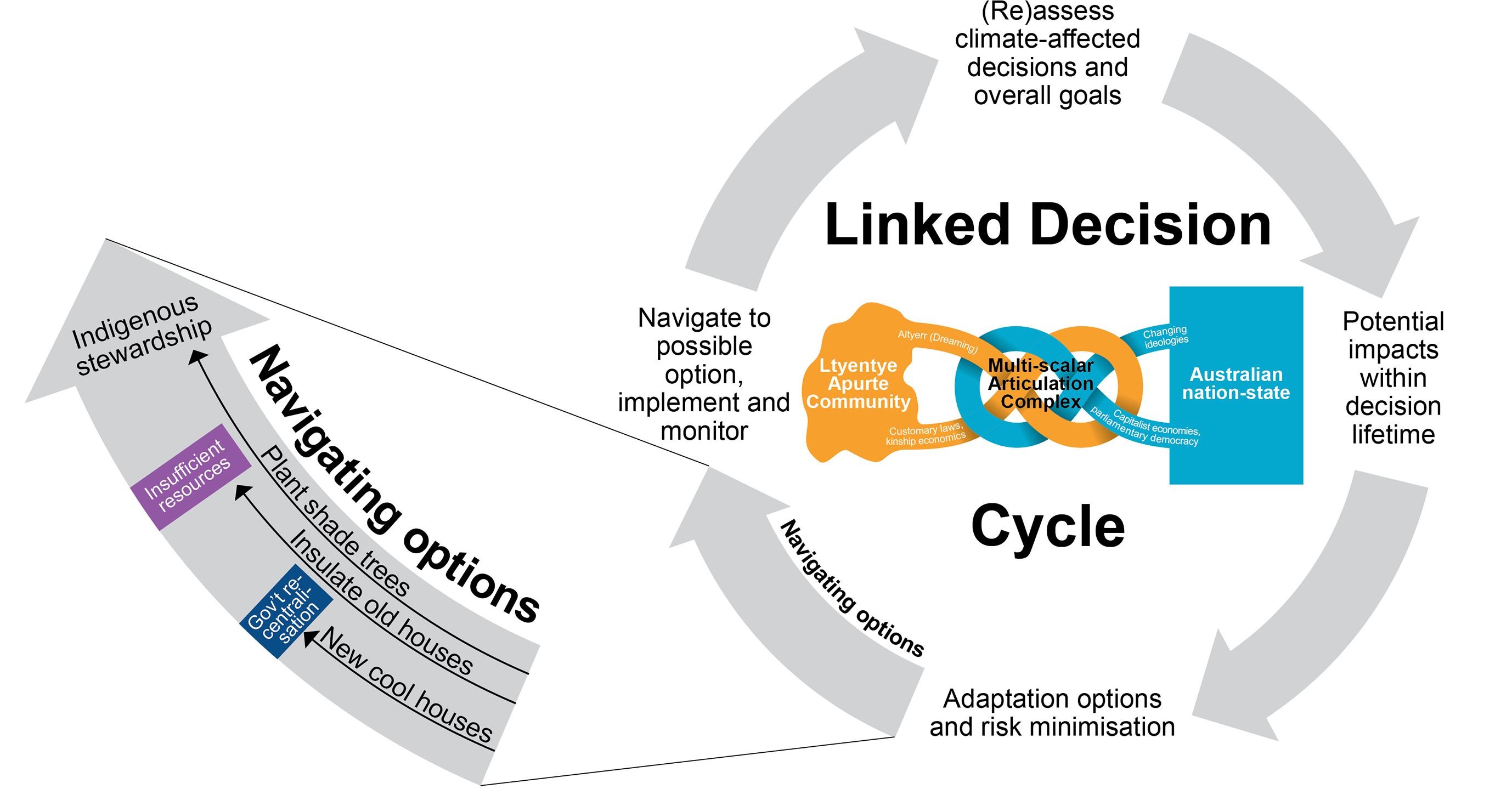 Co-production between scientific and Indigenous knowledge has been identified as useful to generating adaptation pathways with Indigenous peoples, who are attached to their traditional lands and thus highly exposed to the impacts of climate change. However, ignoring the complex and contested histories of nation-state colonization can result in naïve adaptation plans that increase vulnerability. Here, through a case study in central Australia, we investigate the conditions under which co-production between scientific and Indigenous knowledge can support climate change adaptation pathways among place-attached Indigenous communities. A research team including scientists, Ltyentye Apurte Rangers and other staff from the Central Land Council first undertook activities to co-produce climate change presentations in the local Arrernte language; enable community members to identify potential adaptation actions; and implement one action, erosion control. Second, we reflected on the outcomes of these activities in order to unpack deeper influences. Applying the theory of articulation complexes, we show how ideologies, institutions and economies have linked Indigenous societies and the establishing Australian nation-state since colonization. The sequence of complexes characterized as frontier, mission, pastoral, land-rights, community-development and re-centralization, which is current, have both enabled and constrained adaptation options. We found knowledge co-production generates adaptation pathways when: (1) effective methods for knowledge co-production are used, based on deeply respectful partnerships, cultural governance and working together through five co-production tasks—prepare, communicate, discuss, bring together and apply; (2) Indigenous people have ongoing connection to their traditional territories to maintain their Indigenous knowledge; (3) the relationship between the Indigenous people and the nation-state empowers local decision-making and learning, which requires and creates consent, trust, accountability, reciprocity, and resurgence of Indigenous culture, knowledge and practices. These conditions foster the emergence of articulation complexes that enable the necessary transformative change from the colonial legacies. Both these conditions and our approach are likely to be relevant for place-attached Indigenous peoples across the globe in generating climate adaptation pathways.