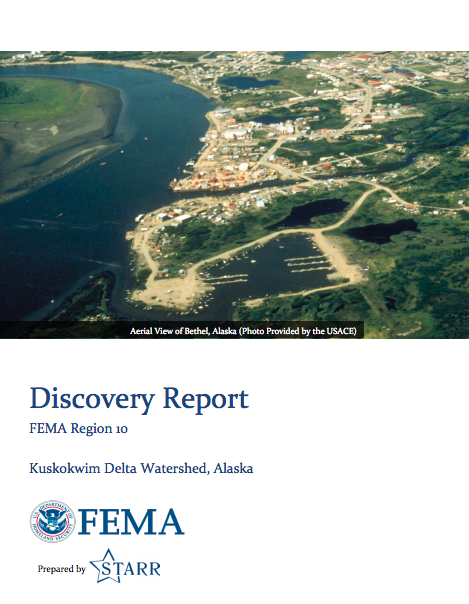 The Risk MAP process began for the City of Kwethluk in the summer of 2016.

Kwethluk’s Local Hazard Mitigation Plan (LHMP) was completed in 2009, so the plan has expired. The City is considering an update to the plan in the near future. FEMA and the State discussed how the Risk MAP process could inform the next update of the LHMP.  The community identified flood, fire, permafrost and erosion hazards on a map. This information has been developed into a Discovery map, which accompanies a Discovery Report.