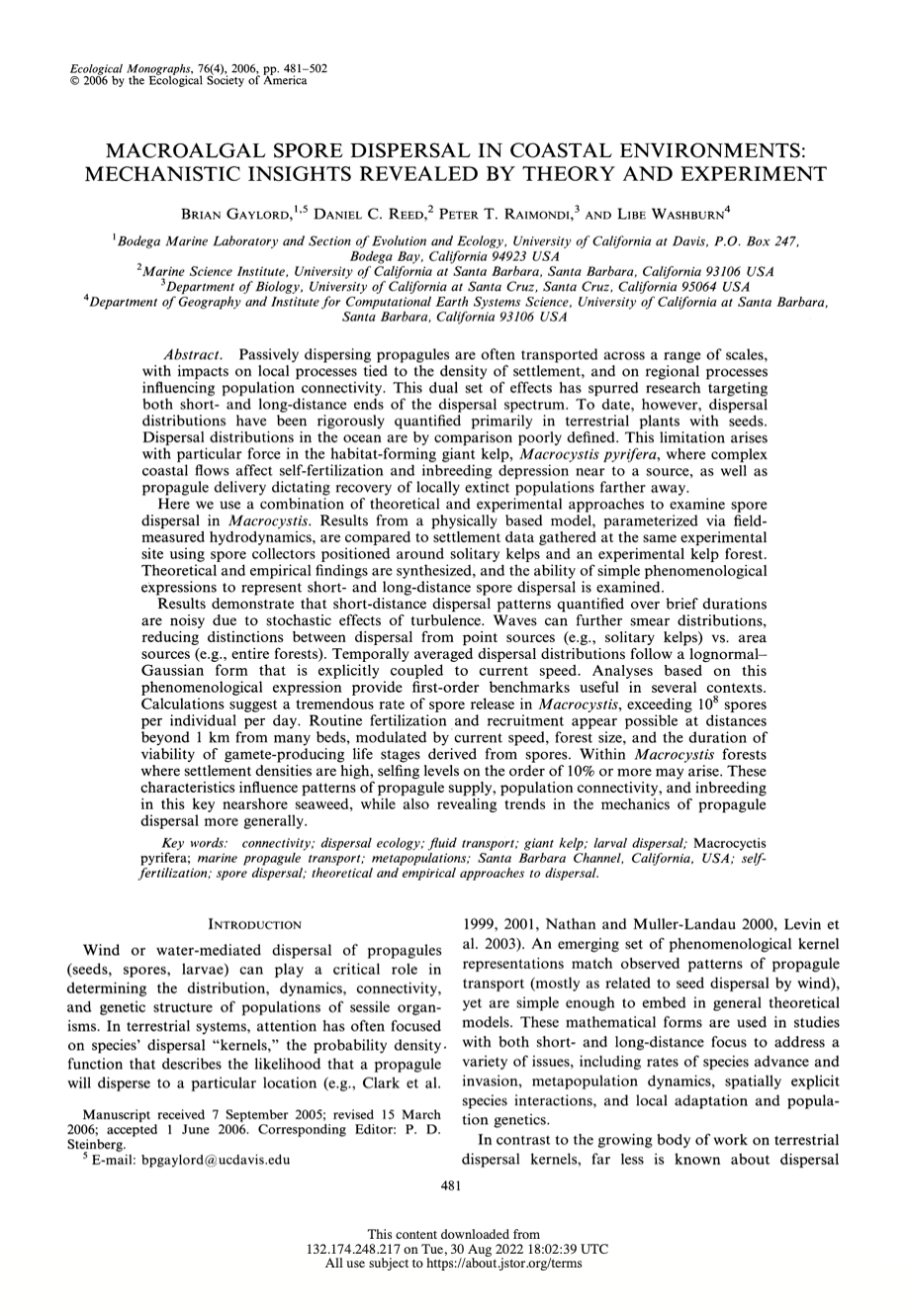 Passively dispersing propagules are often transported across a range of scales, with impacts on local processes tied to the density of settlement, and on regional processes influencing population connectivity. This dual set of effects has spurred research targeting both short- and long-distance ends of the dispersal spectrum.

To date, however, dispersal distributions have been rigorously quantified primarily in terrestrial plants with seeds. Dispersal distributions in the ocean are by comparison poorly defined. This limitation arises with particular force in the habitat-forming giant kelp, Macrocystis pyrifera, where complex coastal flows affect self-fertilization and inbreeding depression near to a source, as well as propagule delivery dictating recovery of locally extinct populations farther away.

Here we use a combination of theoretical and experimental approaches to examine spore dispersal in Macrocystis. Results from a physically based model, parameterized via field-measured hydrodynamics, are compared to settlement data gathered at the same experimental site using spore collectors positioned around solitary kelps and an experimental kelp forest. Theoretical and empirical findings are synthesized, and the ability of simple phenomenological expressions to represent short- and long-distance spore dispersal is examined.

Calculations suggest a tremendous rate of spore release in Macrocystis, exceeding 108 spores per individual per day. Routine fertilization and recruitment appear possible at distances beyond 1 km from many beds, modulated by current speed, forest size, and the duration of viability of gamete-producing life stages derived from spores. Within Macrocystis forests where settlement densities are high, selfing levels on the order of 10% or more may arise. These characteristics influence patterns of propagule supply, population connectivity, and inbreeding in this key nearshore seaweed, while also revealing trends in the mechanics of propagule dispersal more generally.