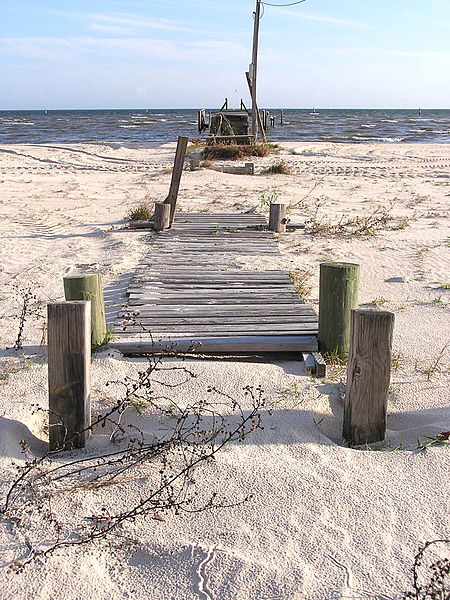 Photo attributed to szlea. This file is licensed under the Creative Commons Attribution 2.0 Generic license. No endorsement implied.

Climate change will change the way we live. No longer will the environment be a static condition, a certainty upon which other variables depend. Rather, it will be a variable itself, and it will make us plan for the future like never before. Already we are beginning to see the effects of change along our coasts.

Numerous legal tools already exist to assist federal, state, and local governments in conducting managed retreat away from the most vulnerable coasts. Scattered publications, toolkits, and websites describe a broad range of legal, policy, and regulatory tools. These tools have, with little fanfare, been used by communities around the United States to implement managed retreat. This Handbook collects examples, case studies, and lessons learned from some of these early innovators in the hope that their lessons can inform future efforts to limit the exposure of our communities to coastal threats. The key legal issues raised by these examples are also discussed.

The Handbook is organized into five sections. Each describes a potential tool, provides examples and information, and then present the lessons learned for that tool. The tools described herein are not the only tools that can or should be used. In fact, significant innovation will likely be needed to address the novel challenges posed by climate change. The tools presented here are simply a selection of those that have been implemented and that can inform future actions.