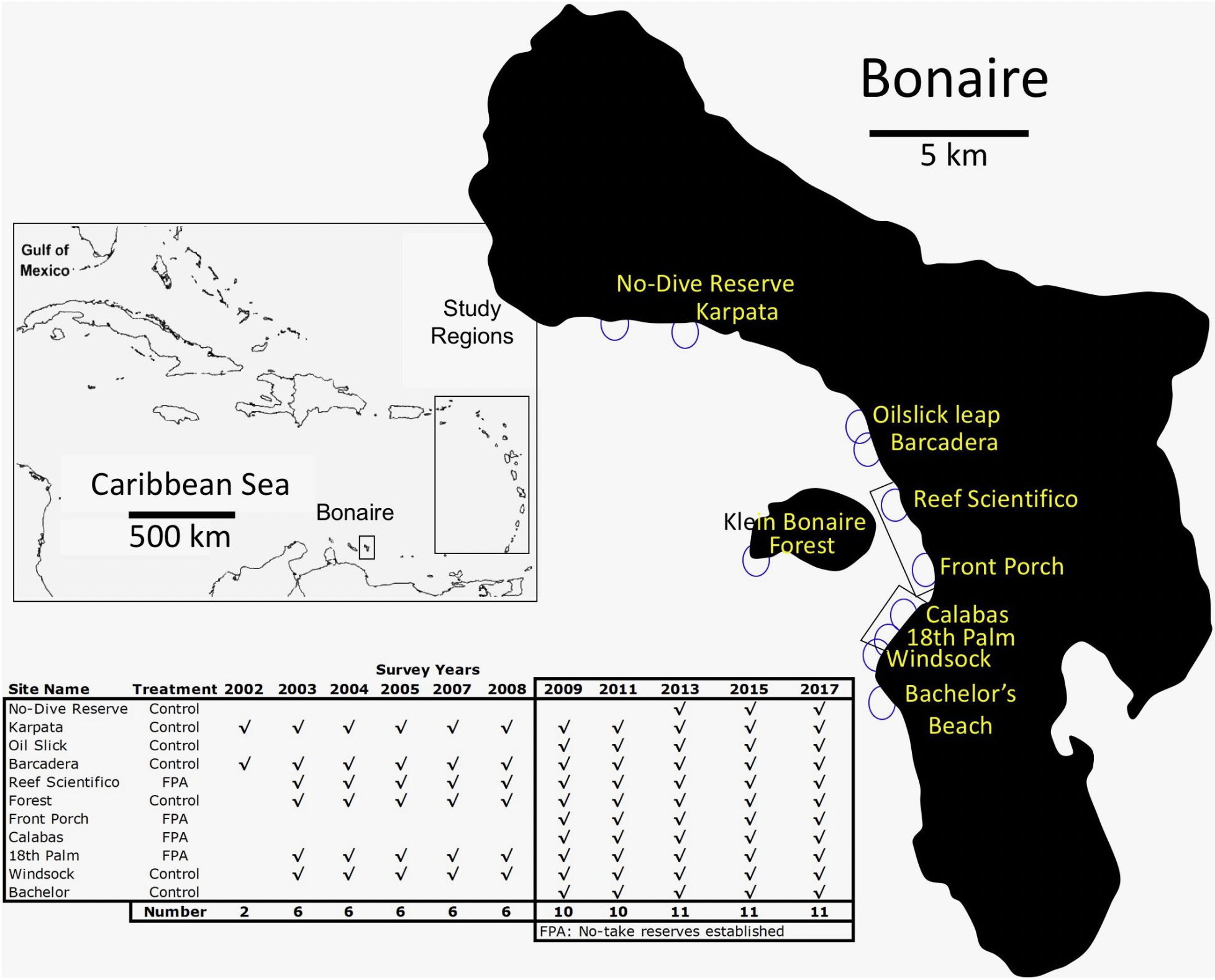 Coral reefs are among the world’s most endangered ecosystems. Coral mortality can result from ocean warming or other climate-related events such as coral bleaching and intense hurricanes. While resilient coral reefs can recover from these impacts as has been documented in coral reefs throughout the tropical Indo-Pacific, no similar reef-wide recovery has ever been reported for the Caribbean.

Climate change-related coral mortality is unavoidable, but local management actions can improve conditions for regrowth and for the establishment of juvenile corals thereby enhancing the recovery resilience of these ecosystems. Previous research has determined that coral reefs with sufficient herbivory limit macroalgae and improve conditions for coral recruitment and regrowth. Management that reduces algal abundance increases the recovery potential for both juvenile and adult corals on reefs.

Every other year on the island of Bonaire, Dutch Caribbean, we quantified patterns of distribution and abundance of reef fish, coral, algae, and juvenile corals along replicate fixed transects at 10 m depth at multiple sites from 2003 to 2017. Beginning with our first exploratory study in 2002 until 2007 coral was abundant (45% cover) and macroalgae were rare (6% cover). Consecutive disturbances, beginning with Hurricane Omar in October 2008 and a coral bleaching event in October 2010, resulted in a 22% decline in coral cover and a sharp threefold increase in macroalgal cover to 18%. Juvenile coral densities declined to about half of their previous abundance. Herbivorous parrotfishes had been declining in abundance but stabilized around 2010, the year fish traps were phased out and fishing for parrotfish was banned. The average parrotfish biomass from 2010 to 2017 was more than twice that reported for coral reefs of the Eastern Caribbean. During this same period, macroalgae declined and both juvenile coral density and total adult coral cover returned to pre-hurricane and bleaching levels.

To our knowledge, this is the first example of a resilient Caribbean coral reef ecosystem that fully recovered from severe climate-related mortality events.