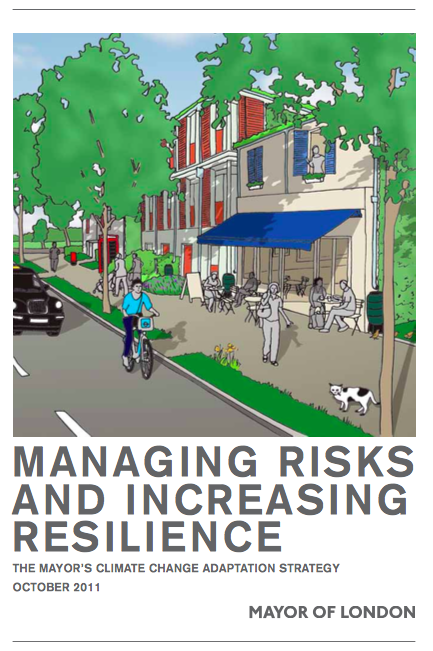 London is already vulnerable to extreme weather, in the form of floods, droughts, heatwaves and very cold weather. Without action, further climate change, London’s population growth, and other changes (eg changes to make-up of London’s population and land cover) will increase the risk of severe impacts. London has already experienced some changes to its climate and we should expect warmer wetter winters and hotter, drier summers in the future. Extreme weather, such as heatwaves and very heavy rainfall is expected to become more frequent and intense. Very cold winters will still occur, though they will become less frequent. Sea levels will rise for centuries.

Preparing for extreme weather and further climate change is about managing risks and increasing our resilience to them - it is therefore as much about the economy, quality of life and social equality, as about the environment. Early action today will not only manage current and future risks, but save Londoners money and create jobs.

Many of our vulnerabilities to climate impacts stem from London’s ‘urbanisation’. Restoring greenspaces and building community capacity will increase our resilience and improve our quality of life. The Mayor does not have the power or the budgets to adapt London on his own. However through this strategy he can provide a framework for collective action, identifying where he is uniquely placed to act and where other organisations, and even Londoners themselves, can lead or facilitate action.