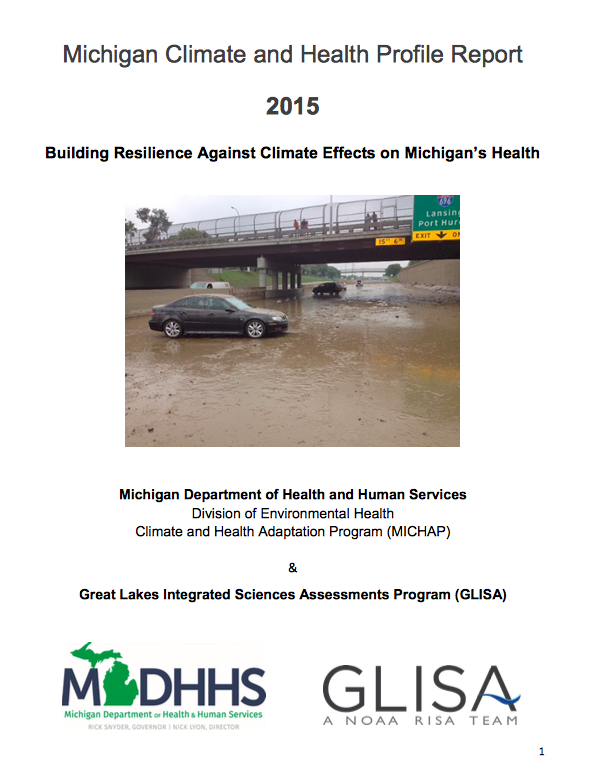 Through the 20th and into the 21st century, Michigan’s climate has changed in measurable and impactful ways. Since 1951 the average annual temperature has increased by 0.6°F in the southeastern Lower Peninsula, and up to 1.3°F in the northwestern Lower Peninsula. During that same period total annual average precipitation across the state increased by 4.5%, or 1.4 inches. Additional changes include an increased frequency of some types of weather extremes such as heavy precipitation events. These changing climate conditions have had an impact on both environmental and human systems, representing an emerging threat to public health in Michigan. In response, the Michigan Department of Health and Human Services Climate and Health Adaptation Program (MDHHS – MICHAP) in partnership with the Great Lakes Integrated Sciences Assessments Program (GLISA) is using the Centers for Disease Control and Prevention’s (CDC) Building Resilience Against Climate Effects (BRACE) framework to build capacity for public health adaptation at the state and local levels. This Climate and Health Profile Report is the initial step of the BRACE framework, laying the foundation for future assessments of vulnerability, disease burden, and interventions.