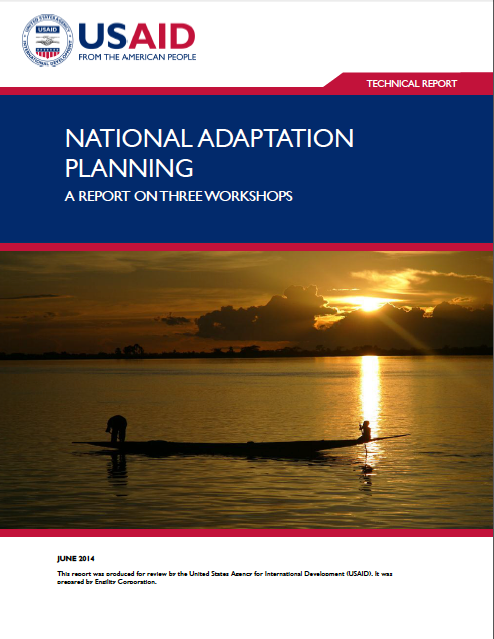 National adaptation planning is a critical component of climate resilient development. While many adaptation actions will be taken at a local level, it is at the national level that priorities for development and adaptation are set, and coordination is conducted with donors. National governments also make many important decisions regarding taxes, expenditures, regulations, land-use, and other aspects of national policy making that can profoundly affect a nation’s development path. Thus, developing a national plan presents a critical opportunity for nations to incorporate increased resilience to climate change into national development. The U.S. Agency for International Development (USAID) works in conjunction with the United Nations Framework Convention on Climate Change (UNFCCC) to support developing countries as they work to build climate change resilience through the UNFCCC’s National Adaptation Plan (NAP) process. This report summarizes the approaches used and recommendations generated during three NAP workshops held in Jamaica, Tanzania, and Ghana in 2012 and 2013. These workshops were hosted by national governments and regional institutions, in collaboration USAID, to support the development of NAPs.