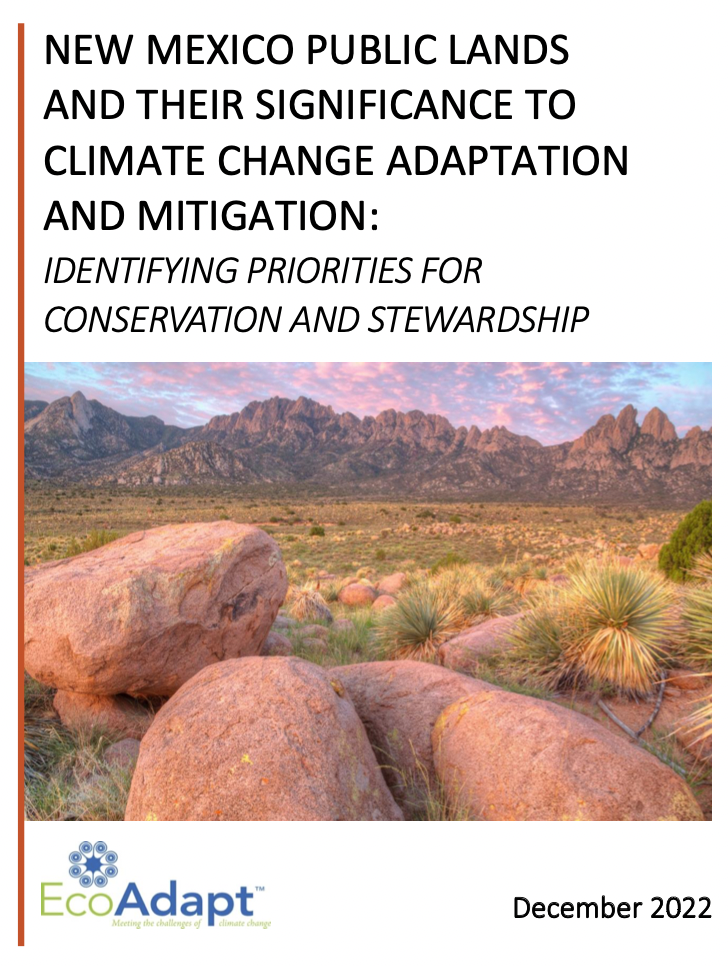 Scientists and policymakers are calling for the conservation of 30% of the world’s lands and waters by 2030 in order to protect global biodiversity and critical ecosystem services, including those necessary for climate change adaptation and mitigation. This goal, known as the “30x30 initiative”, is supported by President Biden at the national level as well as by many state governments. These include New Mexico, where the percent of protected lands managed primarily for biodiversity lags behind national levels (6.1% in New Mexico compared to 12.6% nationally) despite the relatively high proportion of public lands and rich biodiversity present in the state.

The goal of this study was xto assess the potential climate change adaptation and mitigation value of New Mexico public lands identified by New Mexico Wild as potential candidates for additional protection. To accomplish this, we identified or created datasets to represent several critical indicators of climate change adaptation and mitigation across the landscape, including biodiversity, connectivity, landscape resilience, carbon sequestration and storage, and potential greenhouse gas emissions associated with unleased fossil fuels. Each of these five indicators was used to evaluate the relative value of protected areas considered in the study, and the top 25% of the study area for each indicator was overlaid to identify areas that may represent the highest priorities for additional protection across multiple considerations. The resulting maps and datasets are intended to assist conservation planners, land managers, and advocates in determining where strengthening existing protection of public lands may provide the greatest climate change benefits.