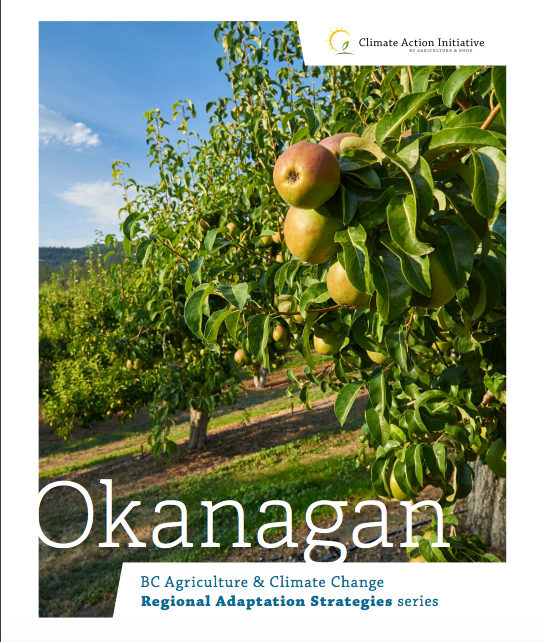 In 2013–2014 the Regional Adaptation Enhancement Program was launched. The Program is delivered by the BC Agriculture & Food Climate Action Initiative (CAI) and is part of the BC Ministry of Agriculture’s Growing Forward 2 programming. Since the Program’s inception, additional adaptation plans have been completed for the Cariboo region (2014), the Fraser Valley region (2015), and now the Okanagan region.