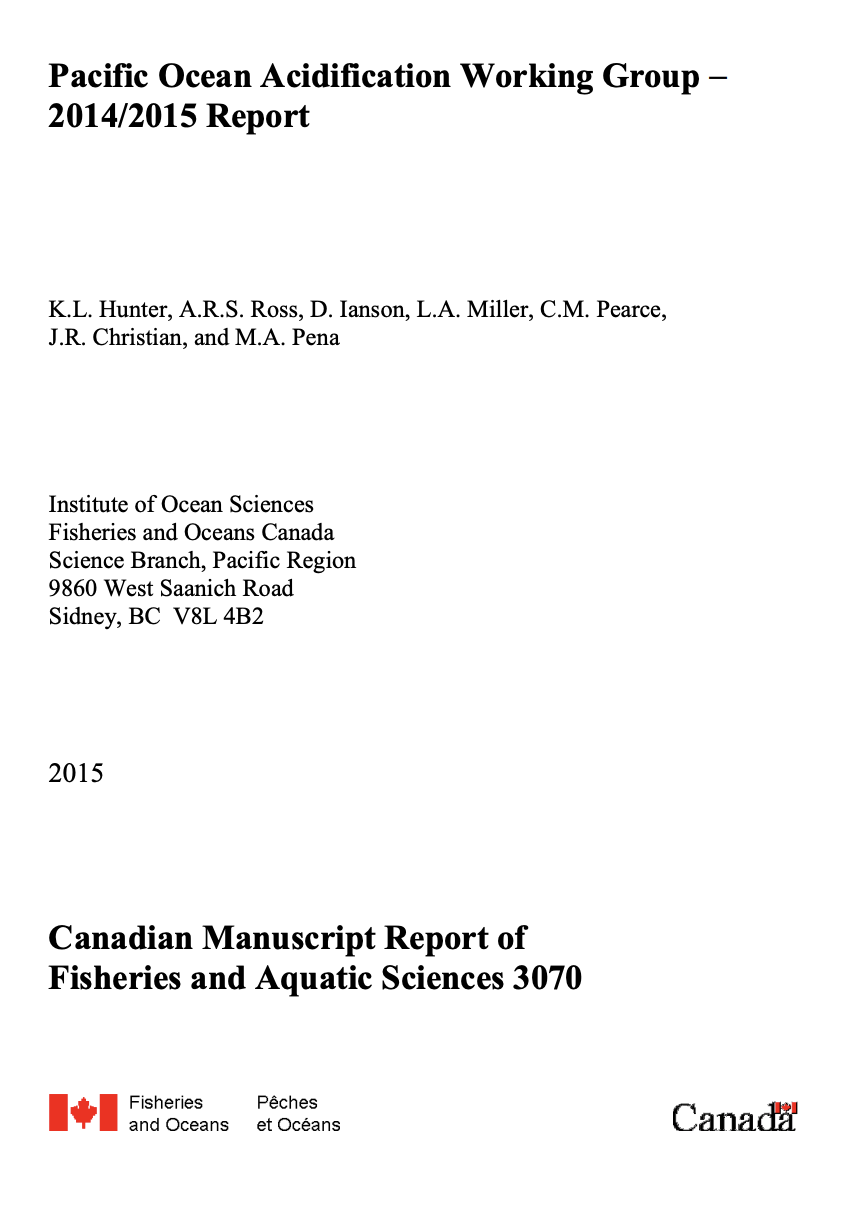 Identifying practical ways of addressing gaps in monitoring and research, and building capacity and collaboration.

Approximately one quarter of anthropogenic carbon dioxide (CO2) released into the atmosphere is absorbed by the oceans, causing rapid and persistent changes in ocean chemistry, including a 30% increase in acidity during the last century. These changes are likely to have negative impacts on marine ecosystems and organisms that contribute significantly to the economy and ecology of the Pacific Region, particularly those living in nearshore environments where ocean acidification and its biological effects remain largely unmonitored and unstudied.

The Pacific Ocean Acidification Working Group (POAWG) was formed in 2014 to identify and suggest practical ways of addressing gaps in monitoring and research with regard to ocean acidification in Pacific Region. This POAWG report identifies those gaps and provides recommendations as to the minimum requirements for DFO Science Branch to maintain and support appropriate expansion of ocean acidification monitoring and research in Pacific Region.

Canadian Department of Fisheries and Oceans