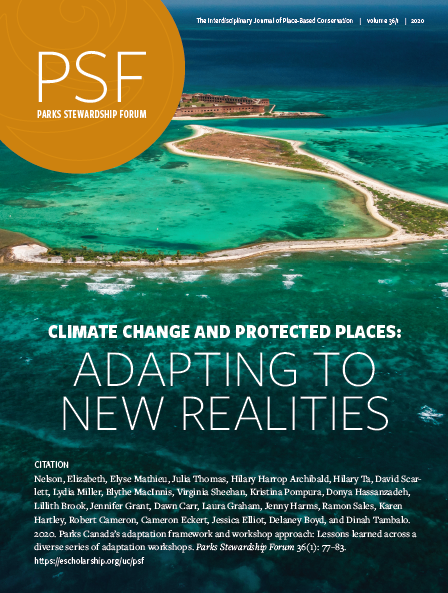 In 2017, the Canadian Parks Council Climate Change Working Group, a team of federal, provincial, and territorial representatives, developed a Climate Change Adaptation Framework for Parks and Protected Areas, guiding practitioners through a simple, effective five-step adaptation process. This framework was adapted by Parks Canada into a two-day adaptation workshop approach, with 11 workshops subsequently held from September 2017 to May 2019 at Parks Canada sites in the Yukon, Quebec, Manitoba, Alberta, Nova Scotia, British Columbia, Newfoundland, and Ontario. Lessons learned from each workshop have been integrated into the approach, with the development of tools and guidance for each phase of the process, and a shareable, visual “placemat” that describes each step of the framework, acting as a map for those navigating the process.