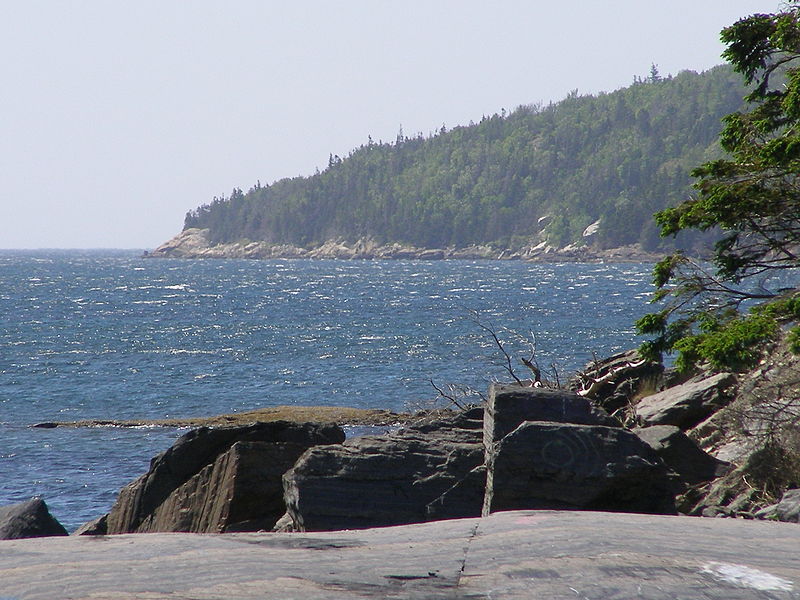 Photo attributed to RicLaf. This file is licensed under the Creative Commons Attribution-Share Alike 2.0 Generic license. No endorsement implied.

"The most important number in the world right now is 350," says Steve Crawford, Director of the Passamaquoddy Tribes' Environmental Department. He's quoting James Hansen, Director of NASA's Goddard Institute for Space Studies and one of the world's leading authorities on climate change. Hansen is referring to parts per million of carbon dioxide in the atmosphere; CO2 is rising and is responsible for much of the planet's present warming. "If humanity wishes to preserve a planet similar to that on which civilization developed and to which life on earth is adapted," Hansen recently wrote, "...CO2 will need to be reduced...to at most 350 ppm."

That stark assessment is particularly chilling when you consider atmospheric carbon now stands at nearly 390 parts per million and as of late 2008 the federal government was doing little to bring that level down. Although Crawford believes the incoming administration will substantially increase climate change mitigation efforts on the national level, he isn't waiting for the feds to act. His tenacious focus on global warming and its mitigation, he half-jokes, presently takes up "110% of my time."

Those activities include developing alternative energy sources for Maine's Passamaquoddy Tribes, providing outreach to tribal members, consulting with a variety of government and tribal entities, and doing nonstop climate change evangelism with anyone willing to listen.