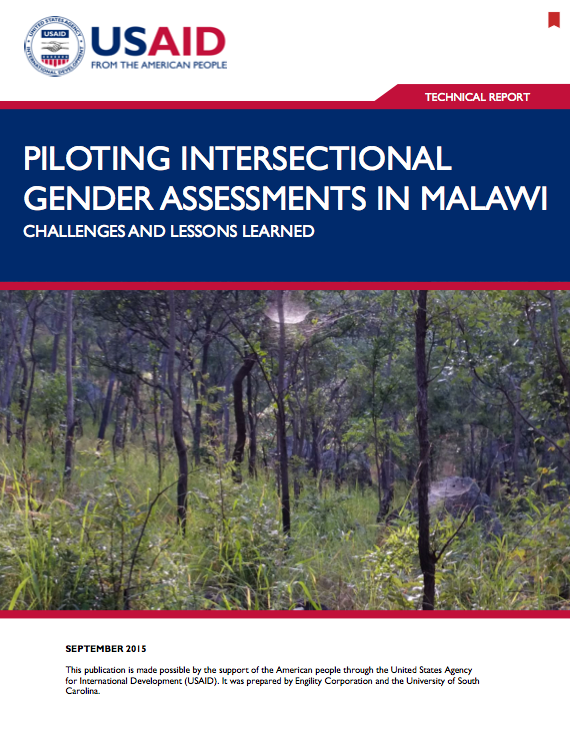 A broad literature on vulnerability and adaptation has made the case for gender analyses as a fundamental component of both designing programs and projects aimed at addressing the effects of climate change and assessing their impacts. These lessons are apparent in the guidance documents of various donors, including USAID.1 While the guidance of these and other documents compel both donors and implementing partners to consider the effect of gender considerations on program and project outcomes, there is less guidance on how such considerations are to be identified.

As an important aspect of development and adaptation programs, gender analyses have provided empirical evidence for the complex impacts of climate change on livelihoods, as well as the ways in which people mobilize material and social resources available to them to address those impacts. In practice, however, the framings of gender utilized for gender analyses within climate change programs and projects lag behind newer, more nuanced, conceptualizations within the gender and adaptation literature (Carr 2008; Carr and Thompson 2014; Sultana 2013; Demetriades and Edplen 2010; Kaijser and Kronsell 2013). Several pertinent aspects have emerged from this literature that can inform and move the practice of gender analysis forward. First, as an organizing social category for livelihoods, resource allocation, and roles and responsibilities, gender takes meaning from its association with other social categories, such as age, ethnicity, and class. Gender, rather than being an intractable characteristic of individuals, is dynamic and the roles, responsibilities, power relationships, and resources associated with being a man or a woman can vary significantly depending on the situation, even for the same individual. This, in turn, leads to a second important insight - although gender is often an important social cleavage around which vulnerability and adaptation patterns coalesce, other social categories such as age, wealth, caste may be just as or even more important (Carr and Thompson 2014). In practice, therefore, programs and projects endeavoring to accurately understand vulnerability, who is vulnerable to what (Carr 2013), and patterns of adaptation, why and how people respond to perceived vulnerability, must take into account the complexity of gender itself. This entails understanding how gender matters in the context of the activities and stressors addressed by a proposed project or program.