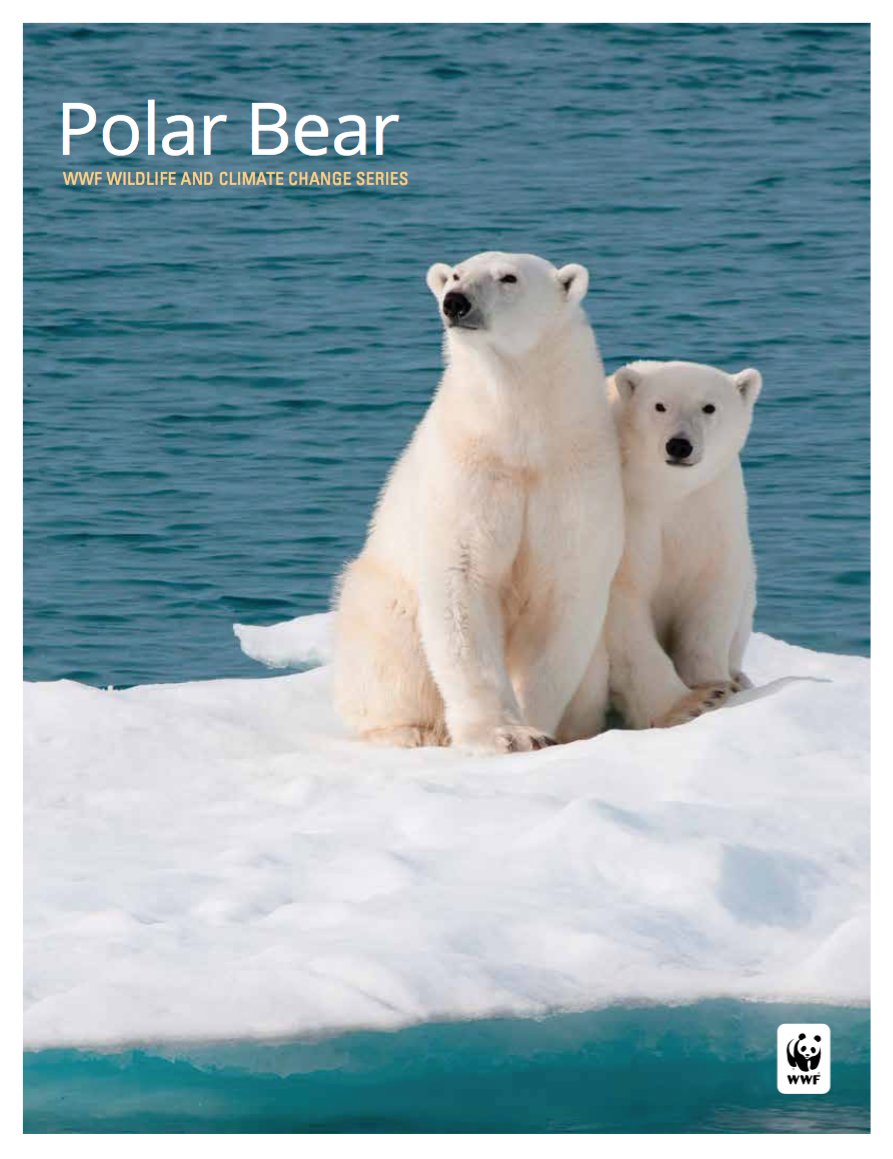 Polar bears (Ursus maritimus) are the poster child for the impacts of climate change on species, and justifiably so. To date, global warming has been most pronounced in the Arctic, and this trend is projected to continue. There are suggestions that before mid-century we could have a nearly ice-free Arctic in the summer. This increases the urgency with which we must act to reduce our greenhouse gas emissions to delay or avoid some of the worst consequences of climate change.

Polar bears have relatively high genetic diversity within the species and can disperse over very long distances, suggesting that they may have some capacity to adapt to the ongoing changes in the Arctic.

However, their dependence on sea ice makes them highly vulnerable to a changing climate. Polar bears rely heavily on the sea ice environment for traveling, hunting, mating, resting, and in some areas, maternal dens. In particular, they depend heavily on sea ice-dependent prey, such as ringed and bearded seals. Additionally, their long generation time and low reproductive rate may limit their ability to adapt to changes in the environment.

Priorities for climate-informed polar bear conservation should include identifying and protecting the “last ice areas,” the parts of the Arctic that are projected to retain sea ice farthest into the future. It is also important to increase monitoring of polar bear populations, particularly their responses to declining sea ice. And as polar bears spend more time on land, we need to be prepared to manage for increased human-polar bear conflict.