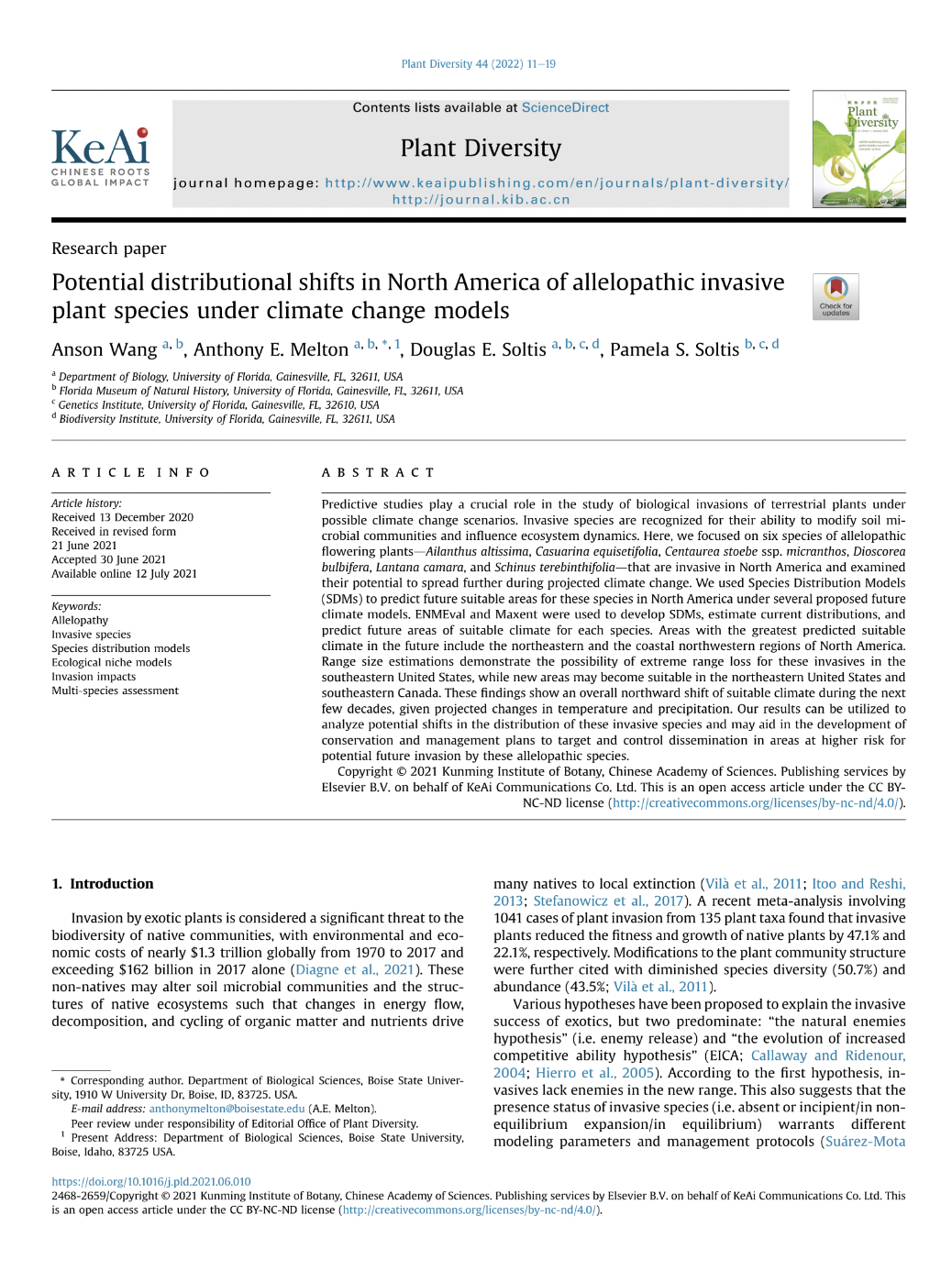 Areas with the greatest predicted suitable climate in the future include the northeastern and the coastal northwestern regions of North America. Range size estimations demonstrate the possibility of extreme range loss for these invasives in the southeastern United States, while new areas may become suitable in the northeastern United States and southeastern Canada. These findings show an overall northward shift of suitable climate during the next few decades, given projected changes in temperature and precipitation. Our results can be utilized to analyze potential shifts in the distribution of these invasive species and may aid in the development of conservation and management plans to target and control dissemination in areas at higher risk for potential future invasion by these allelopathic species.