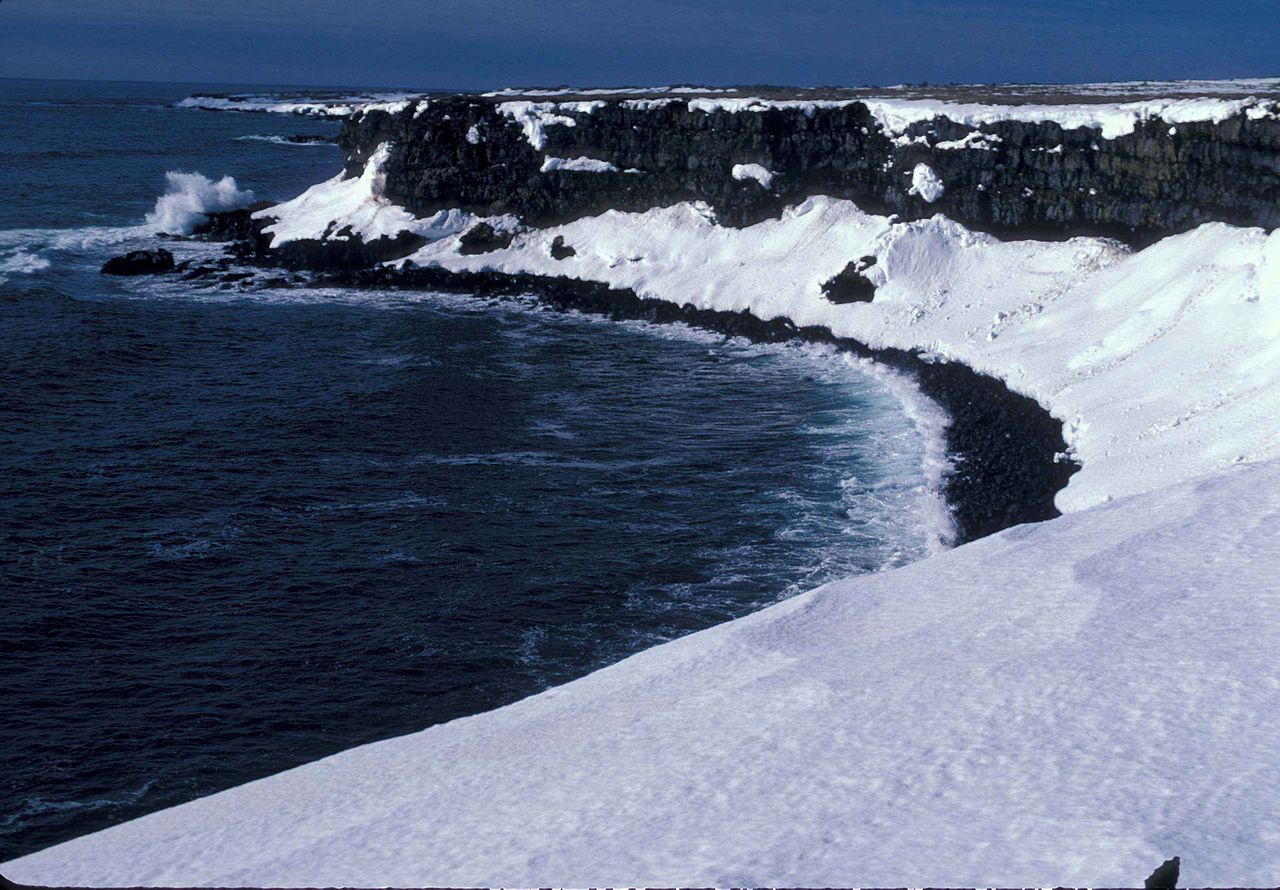 This work has been released into the public domain by its author, Benson Poppy, U.S. Fish and Wildlife Service. This applies worldwide.

Marine life is being affected by changes in ocean conditions resulting from changes in climate and chemistry triggered by combustion of fossil fuels. Shifting spatial distributions of fish species is a major observed and predicted impact of these oceanographic changes, and such shifts may modify fish community structure considerably in particular locations and regions. We projected future range shifts of pelagic marine fishes of the Northeast Pacific shelf seas by 2050 relative to the present. We combined published data, expert knowledge, and pelagic fish survey data to predict current species distribution ranges of 28 fish species of the Northeast Pacific shelf seas that occur in the epipelagic zone and are well-represented in pelagic fish surveys. These represent a wide spectrum of sub-tropical to sub-polar species, with a wide range of life history characteristics. Using projected ocean condition changes from three different Earth System Models, we simulated changes in the spatial distribution of each species. We show that Northeast Pacific shelf seas may undergo considerable changes in the structure of its pelagic marine communities by mid-21st century. Ensembles of model projections suggest that the distribution centroids of the studied species are expected to shift poleward at an average rate of 30.1 ± 2.34 (S.E.) km decade−1 under the SRES A2 scenario from 2000 to 2050. The projected species range shifts result in a high rate of range expansion of this group of species into the Gulf of Alaska and the Bering Sea. Rate of range contraction of these species is highest at the Aleutian Islands, and in the California Current Large Marine Ecosystem. We also predict increasing dominance of warmer water species in all regions. The projected changes in species assemblages may have large ecological and socio-economic implications through mismatches of co-evolved species, unexpected trophic effects, and shifts of fishing grounds. These results provide hypotheses of climate change impacts that can be tested using data collected by monitoring programmes in the region.