Rising Sea Level Due to Climate Change at Playa Grande 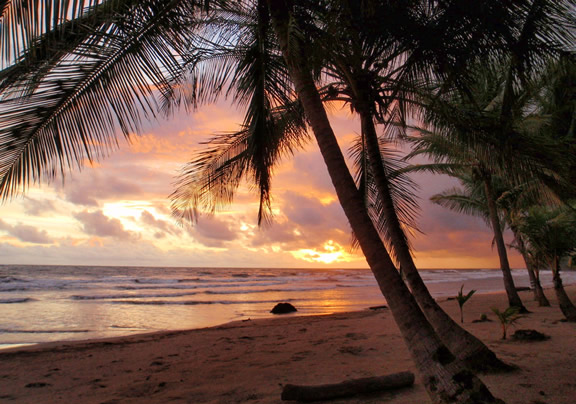 Photo attributed to PlayaGrandeCR. This photo is in the public domain. No endorsement implied.

Flooding models under different sea-level rise scenarios are needed to better plan for coastal development and protected areas, in a way such that both marine turtles and local communities benefit. Playa Grande, the most important nesting site of the Eastern Pacific for the critically endangered leatherback turtle, is located in Las Baulas National Park, Costa Rica. It is realistic to expect a 1 m sea-level rise by the end of the century due to climate change. This would imply a 50 m retreat of the beach landwards. Additionally, the high-resolution, digital elevation model reveals that for the most part the inundation of the Playa Grande area will occur from behind. As sea level rises, the water will advance through the mouth of the Tamarindo estuary, and into the surrounding wetlands, inundating part of the land bordering the current mangroves. The future of Playa Grande depends on its ability to retreat as sea level rises and at the same time maintain adequate ecological conditions for the nesting of leatherbacks. This implies that existing and future infrastructure does not hinder the retreat of the beach and that the buffer zone of the national park warrants effective environmental mitigation measures in the light of the future locations of the beach and of the retreat of the mangroves. The law proposal to rectify the boundaries of the park that would reduce its width to a fringe of 50 m would imply that the park would be underwater by the end of the century. The beach would be located inside the proposed wildlife refuge and turtles and their nests would compete for space with houses and other infrastructure. Once the beach retreats against the infrastructure, the wave action against roads and buildings will cause erosion and, consequently, loss of nesting area. In relation to rising sea levels, the proposal to rectify the boundaries of the national park is shortsighted and not precautionary. It would compromise in the mid- and long-term its ecological role as leatherback nesting area, and as such, the very reason for the creation of this particular park. Implementation of adaptation measures to counter the impacts of climate change in turtle nesting beaches is an international commitment under the Inter-American Convention for Marine Turtle Protection and Conservation, to which Costa Rica is a signatory party. With the implementation of such measures, Costa Rica has the opportunity to maintain its regional leadership in the conservation of marine turtles and its status as a world-class reference in biodiversity conservation.