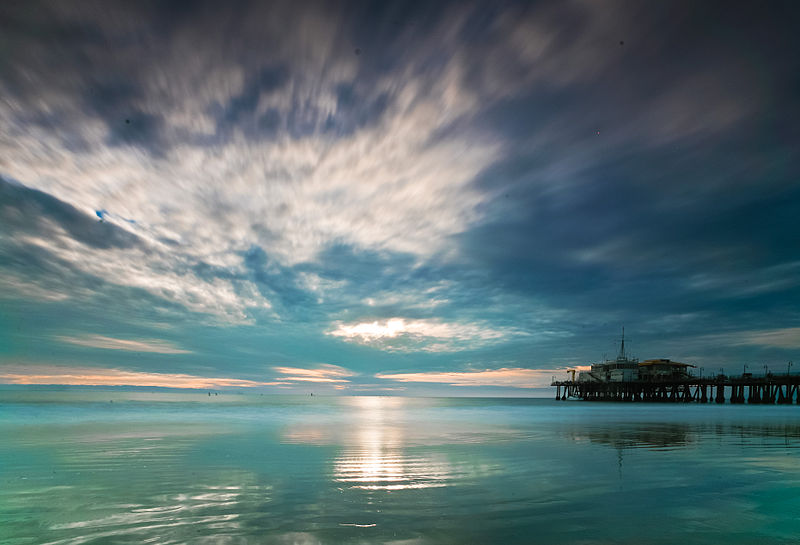 Photo attributed to Boqiang Liao. This file is licensed under the Creative Commons Attribution-Share Alike 2.0 Generic license. No endorsement implied.

Santa Monica Bay teems with life, serving as home to over 5000 species of birds, fish, mammals, plants and other wildlife and providing the two million-plus humans who live in its watershed with a mild climate, aesthetic beauty, recreation, food, fresh oxygen, and commercial opportunities. In December 1988, the State of California and the U.S. Environmental Protection Agency designated the Bay as a *nationally significant estuary* and established the Santa Monica Bay Restoration Project as a National Estuary Program in recognition of the need to restore and protect the Santa Monica Bay and its resources.

The Bay Restoration Plan (BRP) was completed and approved by the Governor of the state of California and federal EPA Administrator in 1995. Since then, the primary mission of the Santa Monica Bay NEP has been to facilitate and oversee the Plan’s implementation. The BRP is a consensus document that embodies the goals and aspirations we share for the Bay, and serves as a blueprint to guide recovery of the Bay’s health. With nearly 250 recommended actions, including 74 designated as high priorities, the BRP targeted critical problems such as polluted urban runoff, degraded wetlands, and risks to public health associated with seafood consumption and swimming near storm drain outlets. It outlined specific programs to address them and identified implementers, timelines, and funding needs.

This document provides a full check up on all action categories included in the 1995 Bay Restoration Plan. As such, it is structured similarly to the 1995 BRP – grouped by sections and chapters in the same order as they were in that document. T