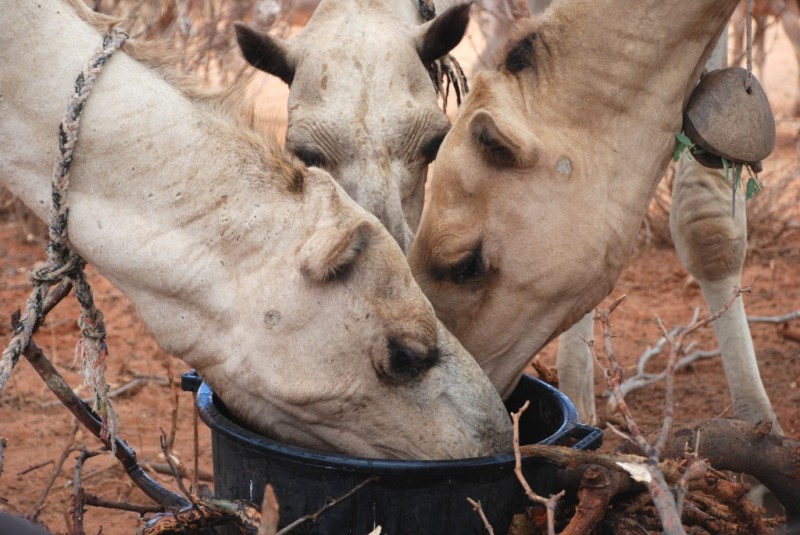 Photo attributed to USAID Africa Bureau. As a work of the U.S. federal government, it is in the public domain. No endorsement implied.

Kenya is currently suffering from a drought, which has triggered a national emergency as of April 2017. The drought threatens health and local food security. Scientists with Climate Central, the Royal Netherlands Meteorological Institute (KNMI) and the University of Oxford – as part of the World Weather Attribution (WWA) partnership, which also includes Red Cross Red Crescent Climate Centre and the University of Melbourne – conducted a real-time attribution analysis to see whether and to what extent human-induced climate change has played a role in this drought in Kenya.

The rapid/real-time analysis conducted by WWA in Kenya is part of the Raising Risk Awareness project, a pilot project delivered in collaboration with the Climate and Development Knowledge Network (CDKN) using state-of-the-art science to increase understanding of the role of climate change in extreme weather events and prepare for future ones.

The results indicate that the temperatures involved in this drought are hotter than they would have been without the influence of climate change. The results do not detect a strong climate change signal in the rainfall trend, but the team cannot exclude small changes in the risk of poor rains linked to climate change.

Kenya is highly vulnerable to drought. Only 20% of the country receives high and regular rainfall. The remaining 80% is characterised as arid and semi-arid lands where rainfall is highly variable and drought is a regular feature of the climate. The arid and semi-arid lands house more than half of all livestock in Kenya and more than a quarter (30%) of the population; these are among the most vulnerable populations to rainfall variability and drought.