The State of Marine and Coastal Adaptation in North America: A Synthesis of Emerging Ideas 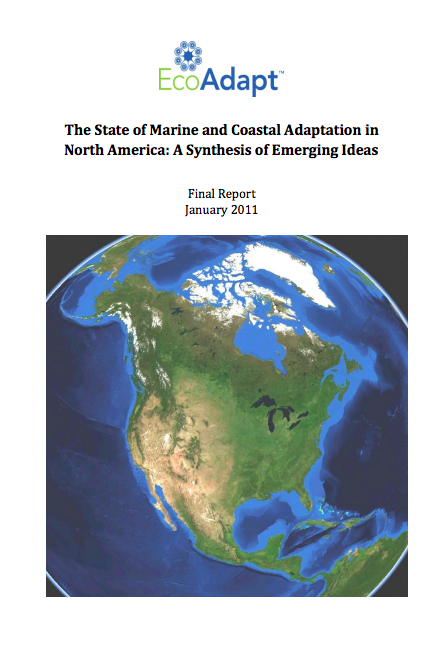 Climate change is now widely acknowledged as a global problem that threatens the success of marine and coastal conservation, management, and policy. Mitigation and adaptation are the two approaches commonly used to address actual and projected climate change impacts. Mitigation applies to efforts to decrease the rate and extent of climate change through the reduction of greenhouse gas emissions or the enhancement of carbon uptake and storage; adaptation deals with minimizing the negative effects or exploiting potential opportunities of climate change. Because the benefits of mitigation are not immediate and because we are already committed to a certain amount of climate change, adaptation has been increasingly viewed as an essential component of an effective climate change response strategy. The field of adaptation is developing rapidly but in an ad hoc fashion, and organizations and governments are often challenged to make sense of the dispersed information that is available.

In October 2021, EcoAdapt released a report that updates the 150+ projects included in The State of Marine and Coastal Adaptation in North America: A Synthesis of Emerging Ideas. This new report, The State of Climate Adaptation in the Marine and Coastal United States, Territories, and Commonwealths, highlights lessons learned from coastal and marine adaptation projects and common themes that have emerged since 2011.