Summary: Preliminary Assessment of Rhode Island’s Vulnerability to Climate Change and its Options for Adaptation Action 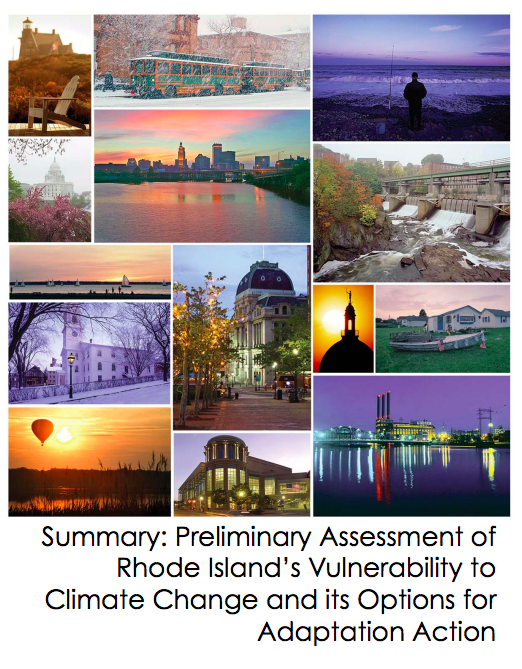 This report endeavors to support the cities and state of Rhode Island as they prepare for climate change risks by assessing and prioritizing these threats to its people, its key infrastructure, its ecosystems, and its major economic sectors. The goal is to encourage the state’s active response to climate change impacts by identifying some of the most critical issues that will have to be addressed, and by proposing cost-effective solutions for the state and its localities to consider implementing.

In suggesting actions, the authors have sought to build upon existing initiatives and local strengths, and to identify ways in which governments might
Throughout the Report, the authors lay out a series of options that the State might consider, some based on efforts being taken around the world to adapt to climate change, and some based on the ideas of many local people and officials we interviewed. Much further detail on these and other points in this summary can be found at http://envstudies.brown.edu.