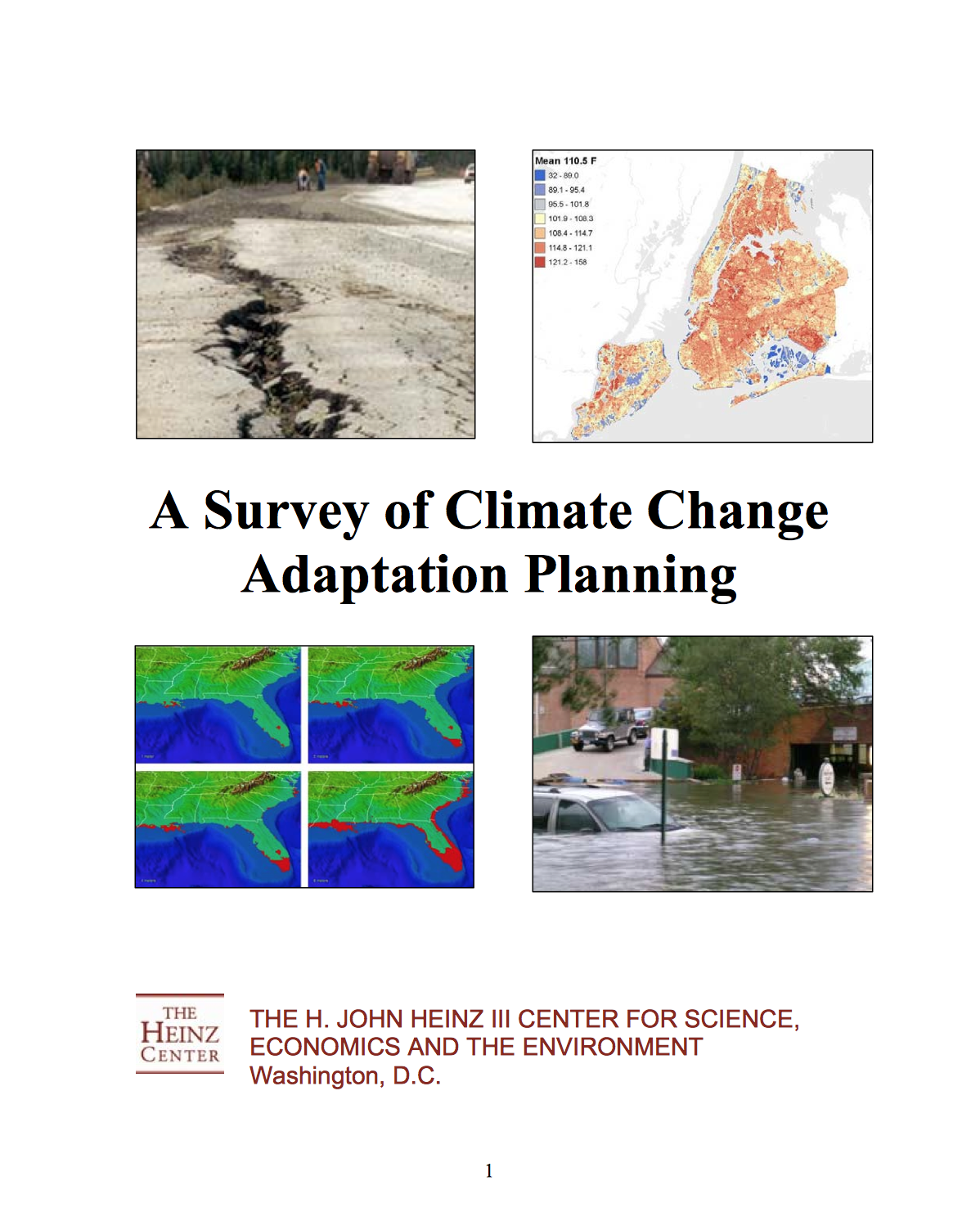 In the past few years there has been a remarkable increase in the level of awareness of climate change worldwide. Concerns about causes and effects have moved beyond the realm of scientific debate to the offices of legislators and the conference rooms of city planners, and even to the living rooms of people everywhere. As evidence accumulates that a warming planet will cause widespread and mostly harmful effects, scientists and policy makers have proposed various mitigation strategies that might reduce the rate of climate change. For those officials in government who must plan now for an uncertain future, however, strategies for adapting to climate change are equally important.

The options available to planning officials have become better defined over time as they have been studied--and in some cases, implemented--but adaptation planning continues to involve many uncertainties. These arise from the fact that every community is unique in its setting and people, and therefore faces environmental and social vulnerabilities that will differ from those of neighboring communities. Understanding the nature of these vulnerabilities is part of the challenge of creating an adaptation strategy.

Even when the potential threats are understood, the localized nature of impacts and the seemingly distant timeframes involved can make it hard to formulate and implement policies that affect activities taking place in specific localities right now. Fortunately, a number of tools, resources and ongoing efforts are currently available to planners to provide guidance for and examples of adaptation planning.

This introductory survey report is designed to provide a “road map” to some of this information. It makes no claim to be comprehensive or to represent best practices on adaptation. Rather, the goal in producing this survey is to help generate discussion and the sharing of ideas, efforts and lessons learned across the adaptation community.