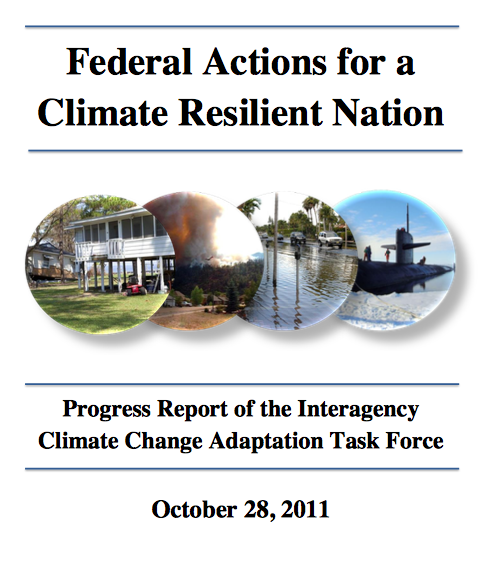 In October 2009, President Obama signed Executive Order 13514, Federal Leadership in Environmental and Energy Performance, which sets sustainability goals for Federal agencies and focuses on making improvements in agency environmental, energy, and economic performance. The Executive Order charged the Interagency Climate Change Adaptation Task Force with providing recommendations on how Federal policies, programs, and planning efforts can better prepare the United States for climate change. In October 2010, the Task Force recommended a set of policy goals and actions in its Progress Report to the President. The Task Force outlined how the Federal Government should work with local, state, and tribal partners to provide leadership, coordination, science, and services to address climate risks to the Nation as well as Federal assets and operations. In the 2010 Report, the Task Force committed to providing an update on Federal Government adaptation progress in 2011. This report provides that update in five key adaptation areas that align with the policy goals set forth by the Task Force in 2010: