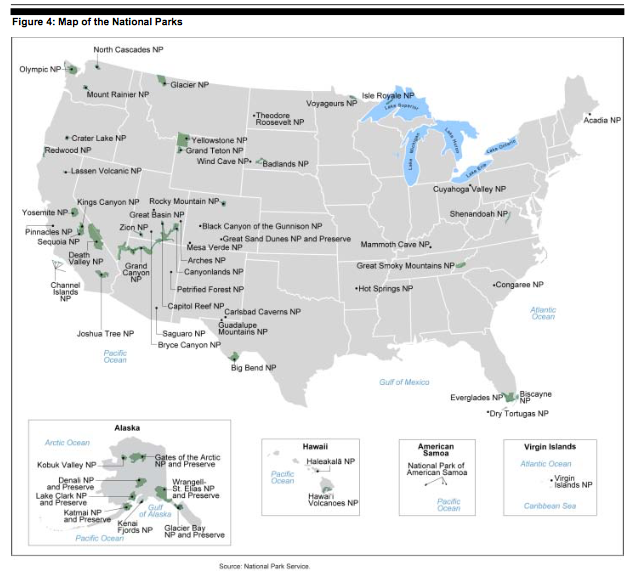 Managers at the Bureau of Land Management's Kingman Resource Area, which manages its lands for livestock grazing and other uses, have not taken steps to address climate change adaptation and are awaiting agency direction.

The BLM is responsible for managing the nation's public lands and resources in a combination of ways which best serve the needs of the American people. The BLM balances recreational, commercial, scientific and cultural interests and strives for long-term protection of renewable and nonrenewable resources, including range, timber, minerals, recreation, watershed, fish and wildlife, wilderness and natural, scenic, scientific and cultural values.

Since 1916, the American people have entrusted the National Park Service with the care of their national parks. With the help of volunteers and park partners, we are proud to safeguard these nearly 400 places and to share their stories with more than 275 million visitors every year. But our work doesn’t stop there.