Vulnerability of Breeding Waterbirds to Climate Change in the Prairie Pothole Region, U.S.A. 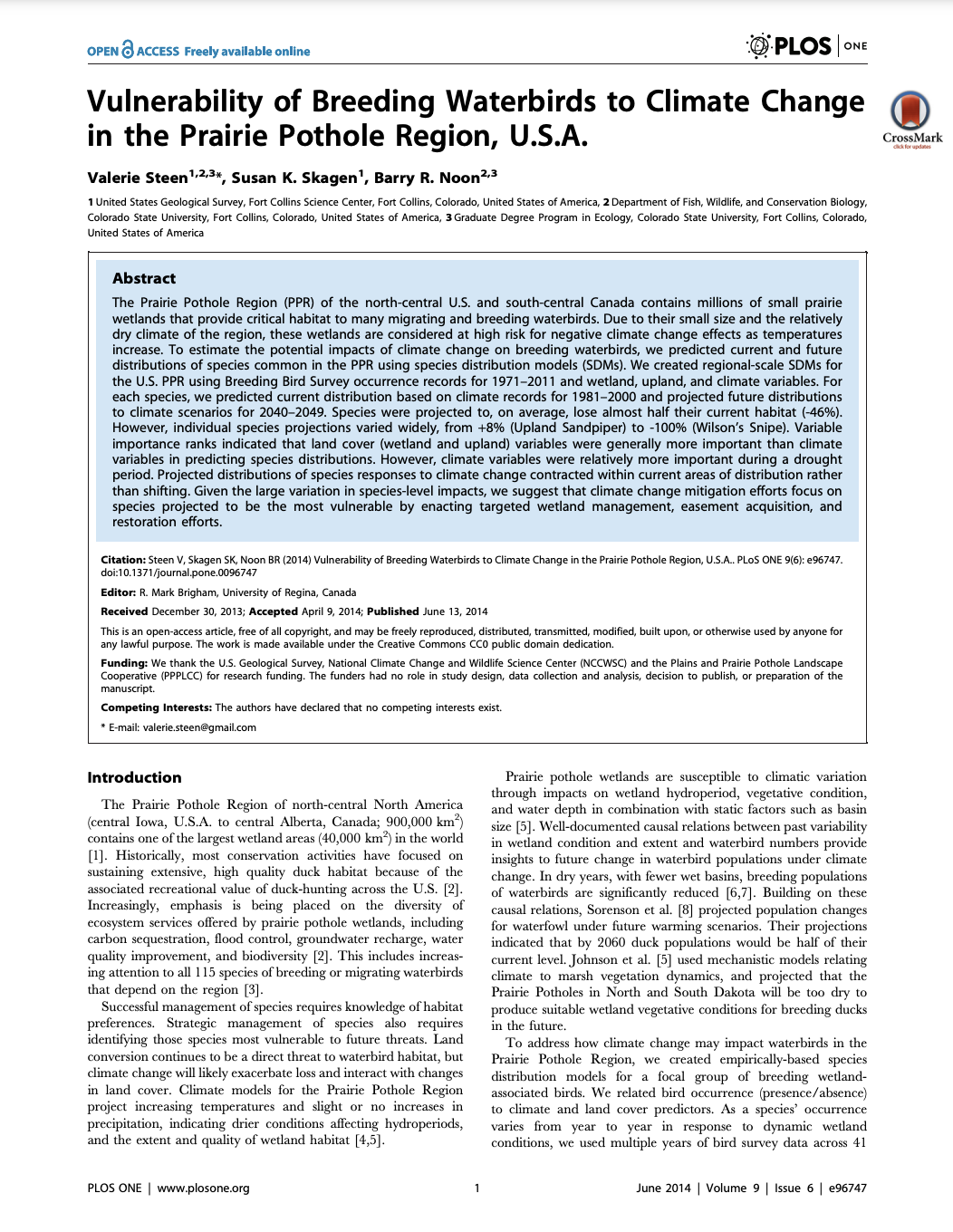 The Prairie Pothole Region (PPR) of the north-central U.S. and south-central Canada contains millions of small prairie wetlands that provide critical habitat to many migrating and breeding waterbirds. Due to their small size and the relatively dry climate of the region, these wetlands are considered at high risk for negative climate change effects as temperatures increase.

Species were projected to, on average, lose almost half their current habitat (-46%). However, individual species projections varied widely, from +8% (Upland Sandpiper) to -100% (Wilson's Snipe). Variable importance ranks indicated that land cover (wetland and upland) variables were generally more important than climate variables in predicting species distributions. However, climate variables were relatively more important during a drought period. Projected distributions of species responses to climate change contracted within current areas of distribution rather than shifting.

Given the large variation in species-level impacts, we suggest that climate change mitigation efforts focus on species projected to be the most vulnerable by enacting targeted wetland management, easement acquisition, and restoration efforts.

The USGS is a science organization that provides impartial information on the health of our ecosystems and environment, the natural hazards that threaten us, the natural resources we rely on, the impacts of climate and land-use change, and the core science systems that help us provide timely, relevant, and useable information.