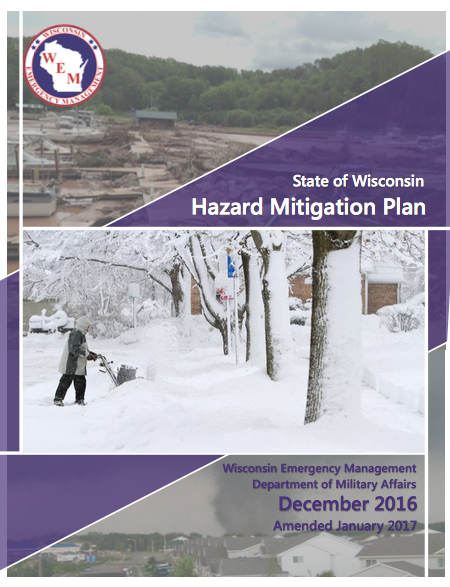 The State of Wisconsin Hazard Mitigation Plan is primarily a natural hazard mitigation plan, and the Plan has evolved over time. However, this update has now included technological and human-caused hazards into the risk assessment. This update builds upon the Risk Assessment and Mitigation Strategy that were developed in 2005 and updated in 2008 and 2011. In addition, other plan elements were updated as needed to incorporate new information about hazards that threaten Wisconsin as well as changes to agency programs that address hazards.