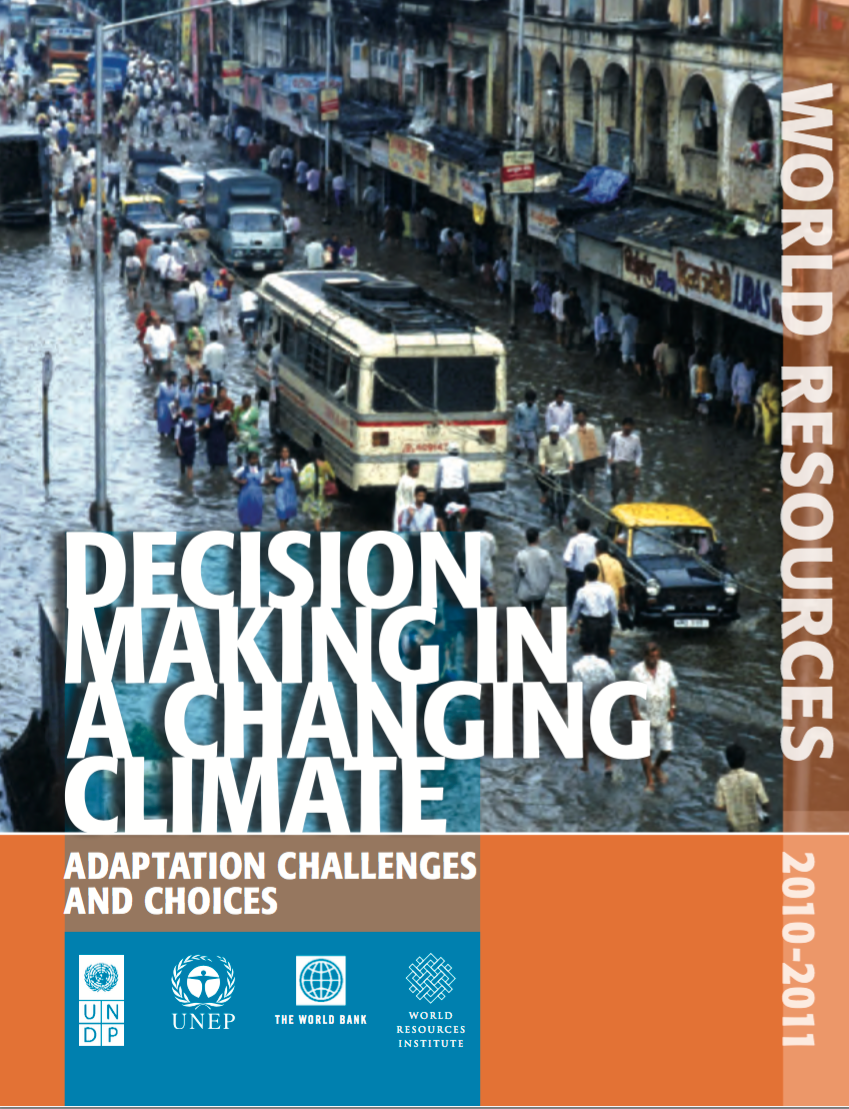 Adaptations to accommodate climate change will frame the future for countries and communities across the globe. Responding to climate impacts as diverse as altered rainfall patterns, more frequent extreme weather events,and rising sea levels will challenge decision makers at every level of government and in every sector of the economy. World Resources 2010–2011 addresses the difficulty of—and pressing need for—adaptation decision making. It examines current decision-making practices, acknowledging the inherent challenge in anticipating and responding to both short-term and long-term climate change risks in national policies and plans. This report then focuses on how national governments, particularly those in developing countries, can adapt to climate change by integrating climate risks into their current practices so as to increase the resilience of their communities and ecosystems.

UNEP, established in 1972, is the voice for the environment within the United Nations system. UNEP acts as a catalyst, advocate, educator and facilitator to promote the wise use and sustainable development of the global environment. To accomplish this, UNEP works with a wide range of partners, including United Nations entities, international organizations, national governments, non-governmental organizations, the private sector and civil society.