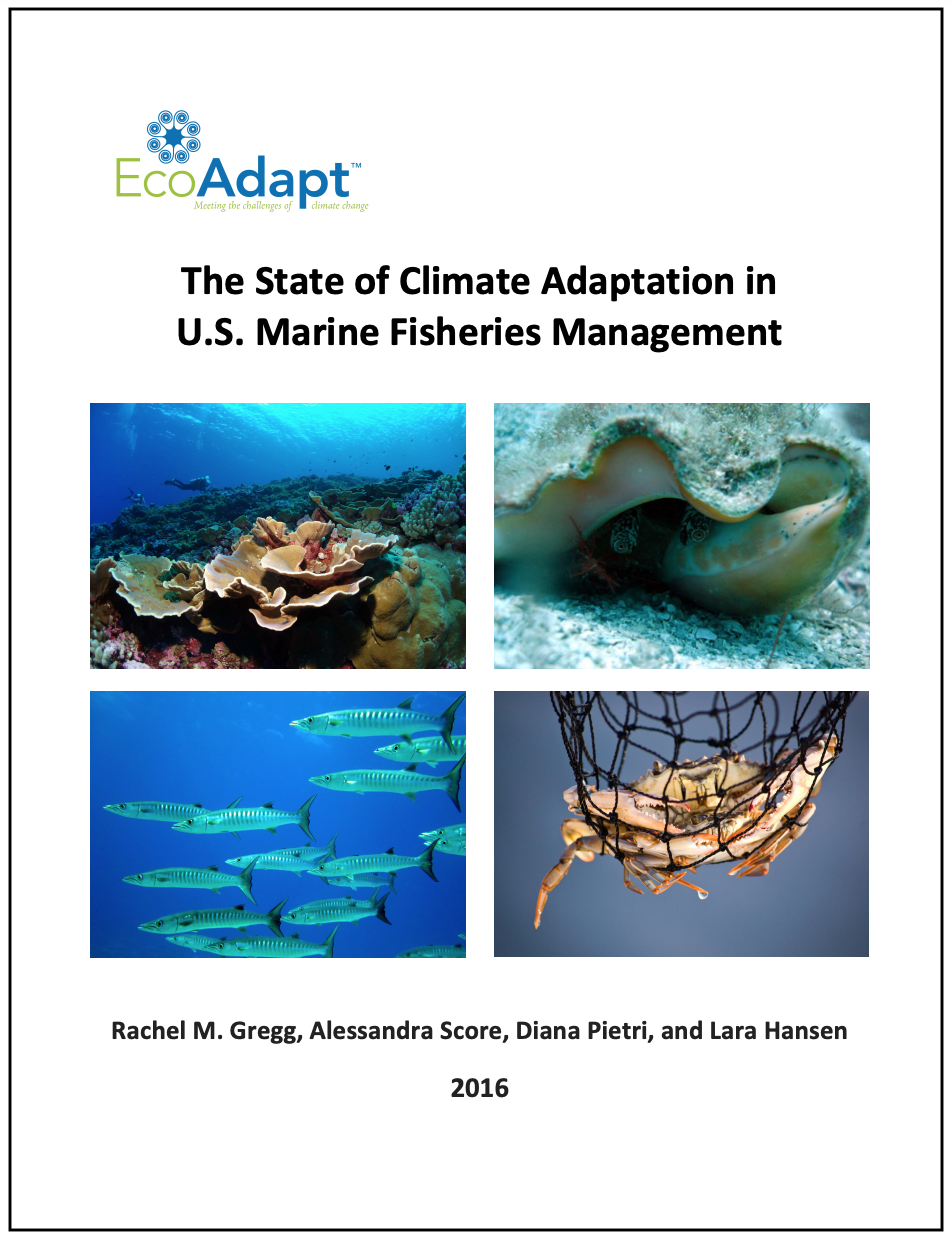 Climate change is affecting marine and coastal ecosystems in the United States and territories, including commercial, recreational, and subsistence fisheries and aquaculture. Climate change is manifesting in a variety of ways around the planet, including increasing air and sea temperatures, variable precipitation patterns, increasing storm frequency and intensity, changes in ocean circulation and oscillation events, rising sea levels, and ocean acidification. These changes have major implications for marine food webs and the viability of commercially and recreationally important species, inter- and intra-species interactions, reproductive and developmental abilities of flora and fauna, and fundamental processes such as respiration, photosynthesis, and nitrogen fixation. Climate impacts, in addition to non-climatic stressors, such as overfishing, pollution, and habitat degradation, may have independent, synergistic, additive, or antagonistic effects with one another. These interlinked issues threaten fish species, critical nursery and breeding habitats (e.g., estuaries, coral reefs, mangroves, seagrass beds), and the sustainability and management of fisheries as a whole.

Despite the wide range of potential changes that may occur in U.S. fisheries over the coming decades, there are a number of options that managers can take to help address these changes. Climate adaptation actions are taken to either avoid or take advantage of climate change impacts, either by decreasing vulnerability or increasing resilience.

The purpose of EcoAdapt’s State of Adaptation Program is to promote adaptation action by:

This guidebook presents steps to understanding fisheries challenges and approaches for management success. It examines major climate impacts on marine and coastal fisheries in the United States, assesses related challenges to fisheries management, and presents examples of actions taken to decrease vulnerability and/or increase resilience.

Aspects of climate change that are likely to affect fishery stocks and fisheries managers include increasing air and sea temperatures, variable precipitation patterns, increased storm frequency and intensity, changes in ocean circulation and oscillation events, rising sea levels, and ocean acidification. Some of these effects may manifest differently in different regions of the country.

For instance, flatter areas such as the Gulf of Mexico and South Atlantic will be more strongly impacted by sea level rise and associated potential declines in fish nursery habitat, while the waters off the Pacific Northwest, which are cooler and richer in carbonate ions due to coastal upwelling, will experience greater impacts from ocean acidification. In tropical areas such as the Pacific Islands and the Caribbean, the compounding impacts of rising temperatures, ocean acidification, and increased freshwater and pollutant runoff will lead to coral reef degradation, loss of important habitat for reef fish, and declines in commercially important reef fish species such as grouper and snapper.

On the West Coast, in addition to experiencing range shifts, salmon populations are likely to suffer from declines in freshwater habitat due to increasing temperatures, the potential of increased polluted runoff, and flooding. These habitat declines will limit larval and juvenile rearing habitat and lead to further declines in salmon populations. In all regions, these effects will be compounded by non-climate stressors, such as depleted fish stocks, increased levels of pollution, and conflicting uses of the coastal zone.

Climate change is likely to lead to some localized increases in fish stocks (e.g., projected overall increases in catch in Alaska) due to northward migration of southern stocks and increases in abundance of species that are better adapted to warmer conditions (e.g., Pacific sardine, Atlantic croaker). Due to historical overfishing, however, many fish stocks already depleted and as such are likely to be even more vulnerable to changes in their environments. In general, fisheries managers will need to consider strategies to respond to changing species ranges and related shifts in fishing effort, loss of essential fish habitat, and declines in production, abundance, and recruitment. These effects will be compounded by human-induced stressors, such as increased levels of pollution and conflicting uses in the coastal zone.

Fisheries managers and scientists are incorporating climate change into various projects. The majority of these efforts are focused on capacity building, including conducting research and assessments, creating resources and tools, and monitoring how climatic changes are affecting species, habitats, and fishing communities. Advancing adaptation in fisheries management will require investments in existing and novel efforts to build capacity, mainstream climate change into policies, and implement on-the-ground action.

In general, fisheries managers should aim to pursue projects that:

Some of the strategies and actions discussed in this report are more feasible than others for different agencies and individuals, depending on institutional, technical, and financial capacity. However, the challenges posed by climate change require deliberate and thoughtful modifications to traditional fisheries management approaches to ensure long-term success.

Thank you to the National Oceanic and Atmospheric Administration (NOAA) for providing financial support.

Finally, thank you to the numerous individuals who contributed material and participated in interviews and surveys for this project. We hope that our products will support your adaptation efforts.