Climate dissimilarity is a metric of climate-change exposure that summarizes the overall change in climate based on a suite of climate variables representing temperature, moisture, and other climate attributes. For each location (pixel in the gridded dataset), climate conditions were summarized using Principal Components Analysis, for baseline/historical conditions and for projected future climate conditions (see chapter glossary for definitions of terms). Climate dissimilarity represents a holistic quantitative estimate of the magnitude of change between baseline and future climate (figure 1.1). 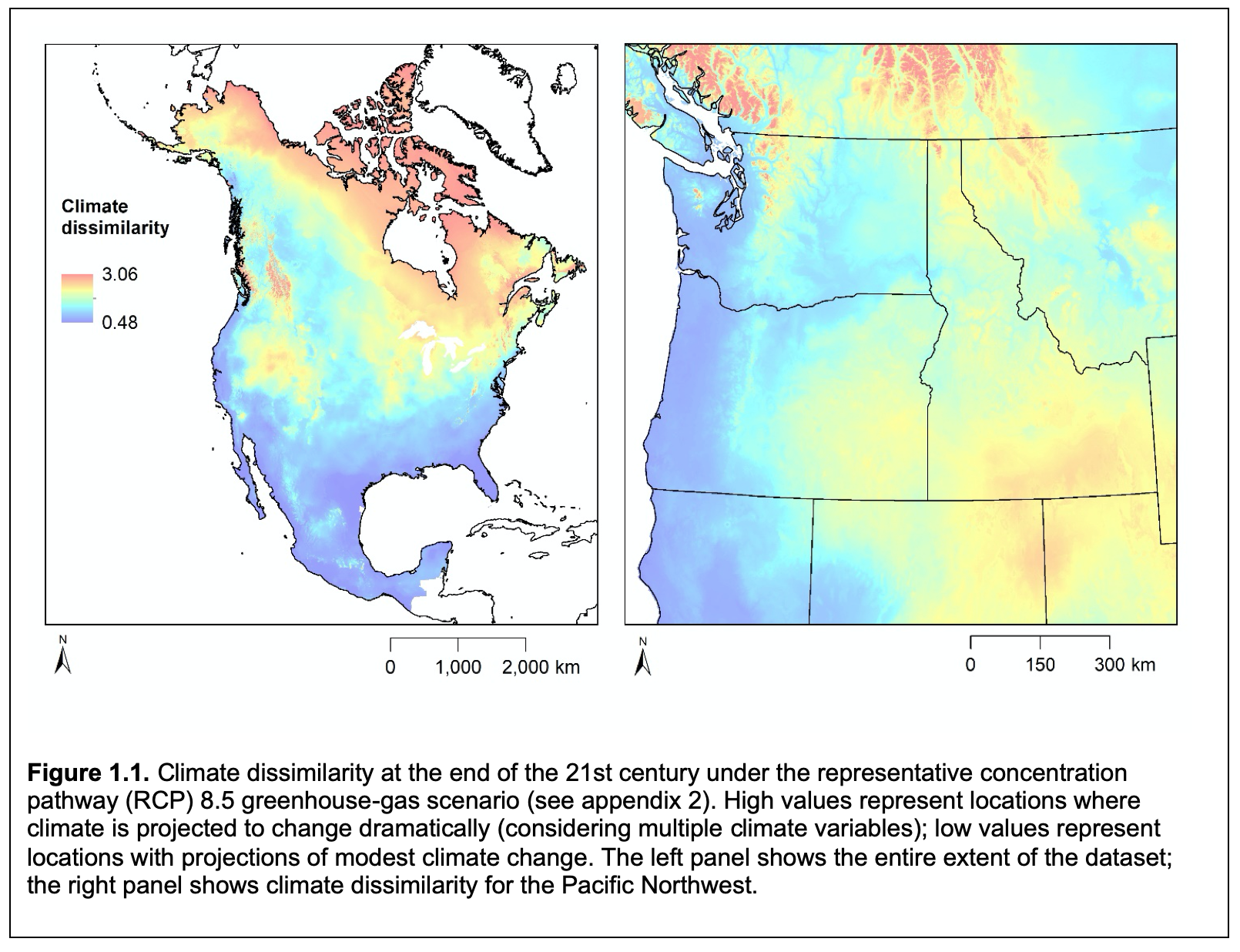 Data access:
The dataset can be downloaded from: https://adaptwest.databasin.org/pages/climatic-dissimilarity.

The dataset can be viewed interactively online (for mid-century) at: https://adaptwest.databasin.org/datasets/40a584aff42f4b198403e3990c3aab27

Data type category (as defined in the Introduction to this guidebook): Climate

These minimum and maximum values represent climate dissimilarity created using ensembles of climate projections across 15 general circulation models (GCMs). Note that climate dissimilarity datasets are also available for eight of these individual GCMs; minimum and maximum values for these datasets vary by GCM. For more information on GCMs and RCPs, see appendices 1 and 2, respectively. 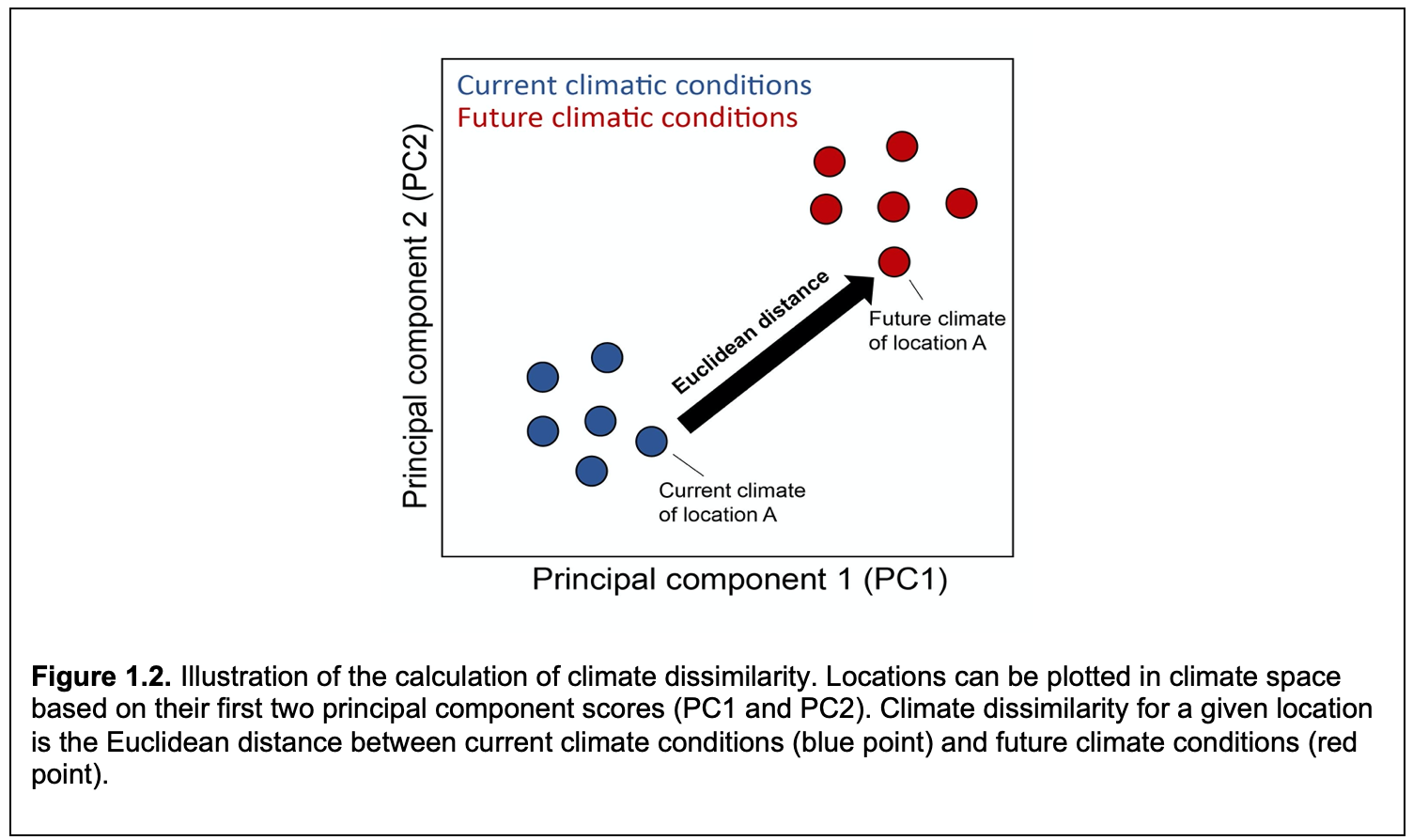 This dataset represents one component of climate-change exposure that may be complemented by also considering other metrics of exposure. Climate dissimilarity is a local metric, meaning that it primarily represents the magnitude of local climate change for an area. Other metrics of climate exposure include forward and backward velocity, which provide information on the rates at which species would need to migrate to keep pace with climate change. Also, the study that produced the climate dissimilarity datasets found considerable geographic variation in the degree of agreement or disagreement across GCMs and greenhouse-gas scenarios regarding the magnitude of climate dissimilarity. This means that confidence is higher in some regions than others about whether climate dissimilarity will be high or low (see figure 2 in Belote et al. 2018).

For each time period (mid-century and end-of-century) and greenhouse-gas scenario (RCP 4.5 and 8.5), uncertainty in climate dissimilarity was assessed by examining variability across eight GCMs.

Field verification of the mapped values in this dataset was not possible because the dataset represents a future condition. Datasets representing the baseline time period were derived from downscaled climate grids from the ClimateNA dataset (Wang et al. 2016). Accuracy of the baseline climate variables in the ClimateNA dataset was assessed using monthly mean observations from 4,891 weather stations across North America, located predominantly in the United States; see figure 1 and table 2 in Wang et al. (2016).