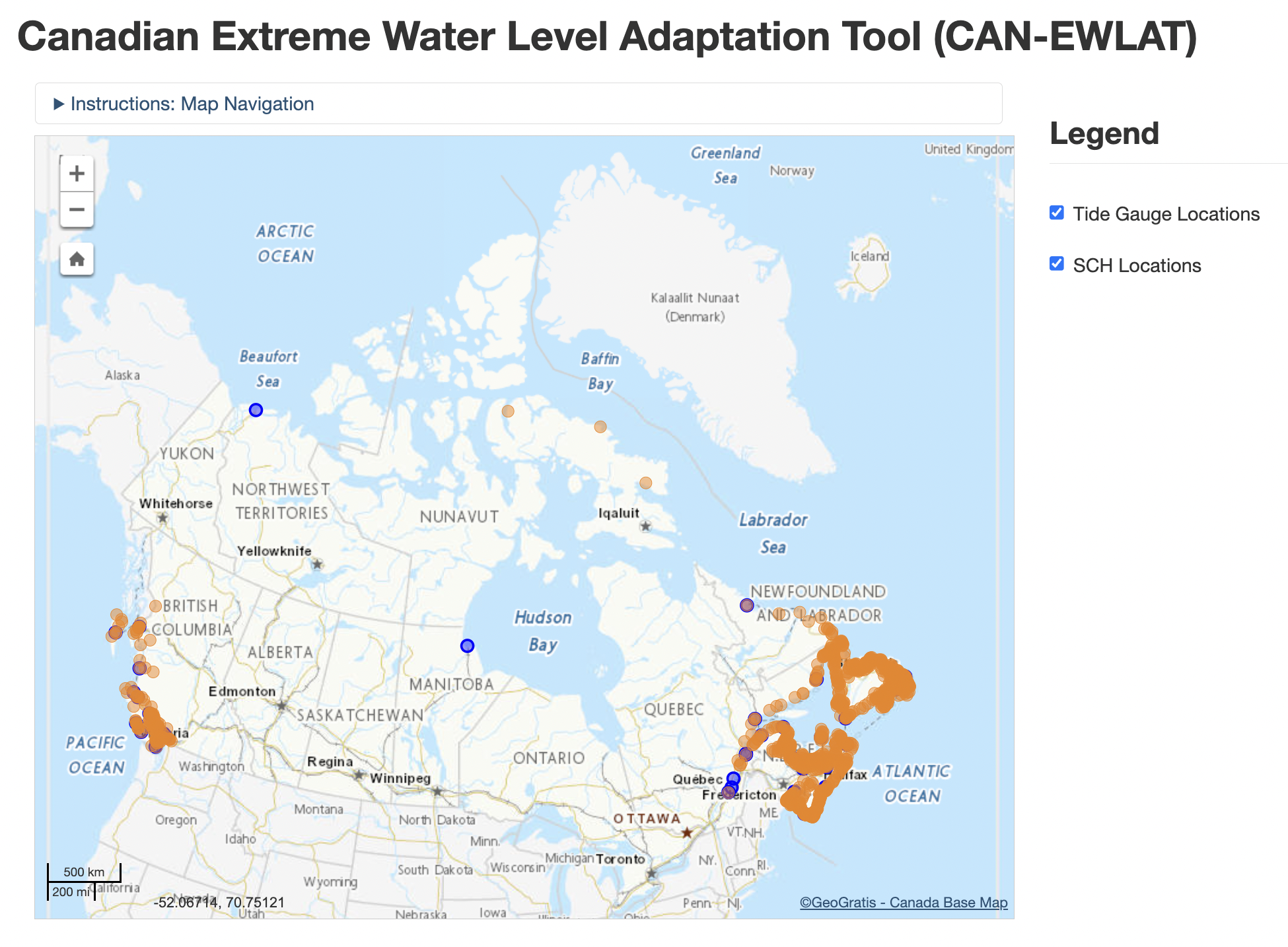 Extreme water level along the marine coastline is a result of a combination of storm surge, tides, and ocean waves. Future projections of climate change in the marine environment indicate that rising sea level and declining sea ice will cause changes in extreme water levels, which will impact Canada's coastlines and the infrastructure in these areas. Understanding these changes is essential for developing adaptation strategies that can minimize the harmful effects that may result.

BIO is a modern oceanographic research facility, established in 1962 by the Federal Government of Canada (the former Department of Mines and Technical Surveys, now Natural Resources Canada) and is located on the shores of the Bedford Basin in Dartmouth, Nova Scotia. Over the last 50 years it has grown to become Canada's largest centre for ocean research.