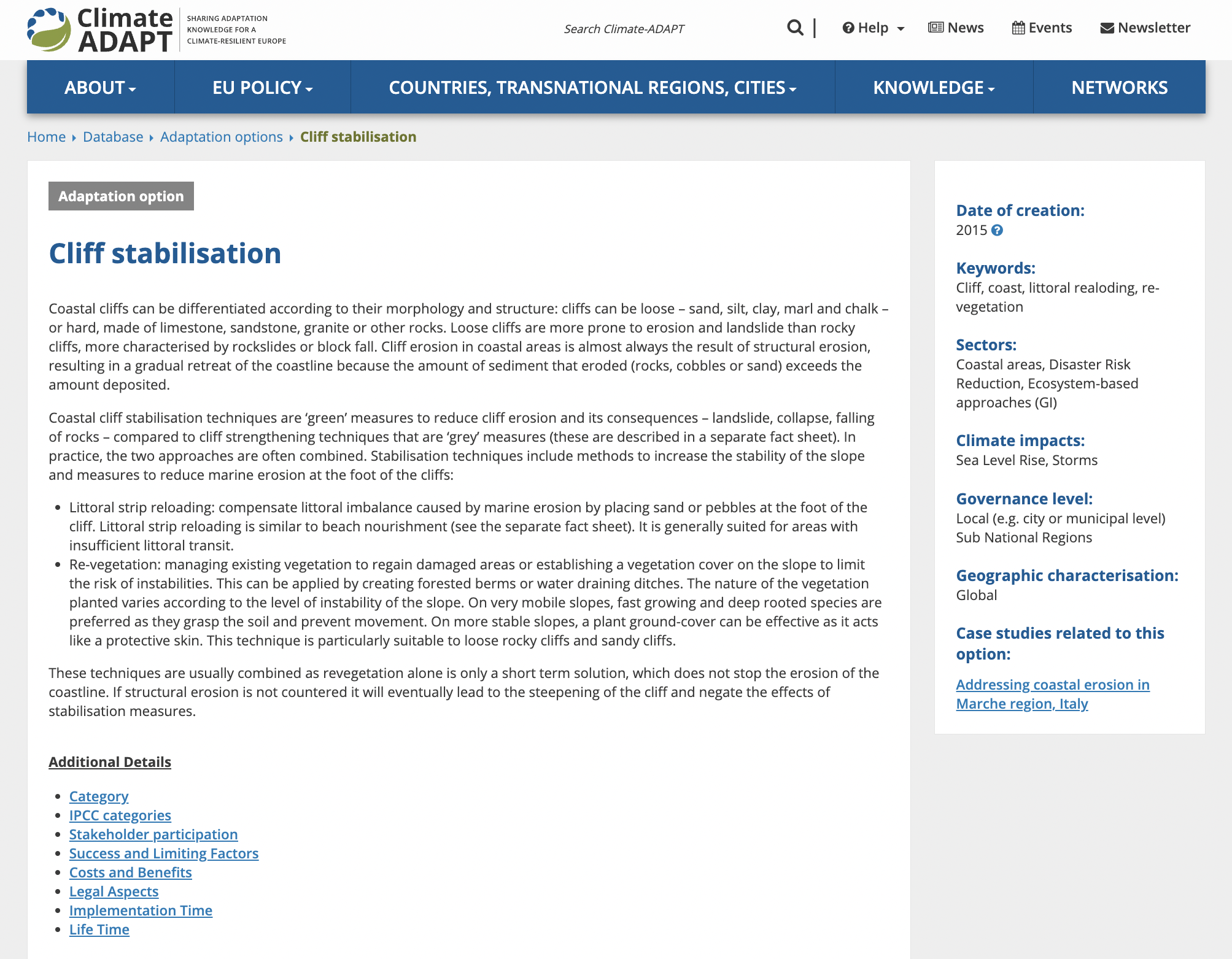 Coastal cliffs can be differentiated according to their morphology and structure: cliffs can be loose – sand, silt, clay, marl and chalk – or hard, made of limestone, sandstone, granite or other rocks. Loose cliffs are more prone to erosion and landslide than rocky cliffs, more characterised by rockslides or block fall. Cliff erosion in coastal areas is almost always the result of structural erosion, resulting in a gradual retreat of the coastline because the amount of sediment that eroded (rocks, cobbles or sand) exceeds the amount deposited.

Coastal cliff stabilisation techniques are ‘green’ measures to reduce cliff erosion and its consequences – landslide, collapse, falling of rocks – compared to cliff strengthening techniques that are ‘grey’ measures (these are described in a separate fact sheet). In practice, the two approaches are often combined. Stabilisation techniques include methods to increase the stability of the slope and measures to reduce marine erosion at the foot of the cliffs:

These techniques are usually combined as revegetation alone is only a short term solution, which does not stop the erosion of the coastline. If structural erosion is not countered it will eventually lead to the steepening of the cliff and negate the effects of stabilisation measures: