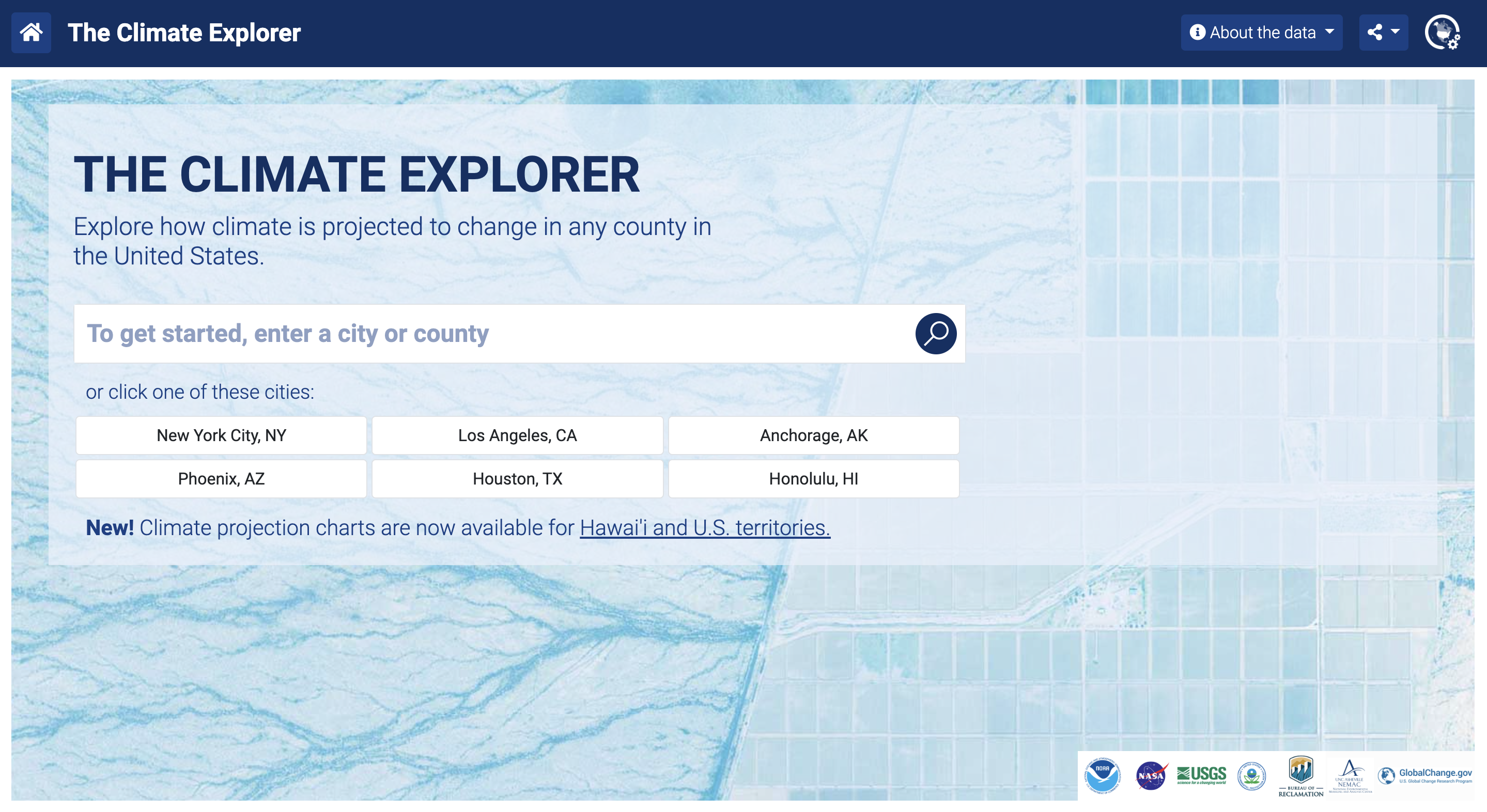 The Climate Explorer provides interactive graphs and maps showing past and projected climate conditions for counties, county-equivalents, and U.S. territories in the United States, derived from global climate models. Built to support the U.S. Climate Resilience Toolkit, the tool helps people explore projected future climate conditions that may put people, property, and other assets at risk.

Climate Explorer graphs projections for two possible futures: one in which humans drastically reduce and stabilize global emissions of heat-trapping gases, and one in which we continue increasing emissions through the end of the 21st century. Decision makers can check climate projections based on these two plausible futures and then plan according to their tolerance for risk and the timeframe of their decisions.

Established in October 2005, NOAA's Climate Program Office (CPO) provides strategic guidance and oversight for the agency's climate science and services programs. Designed to build knowledge of climate variability and change—and how they affect our health, our economy, and our future—the CPO's programs have three main objectives: 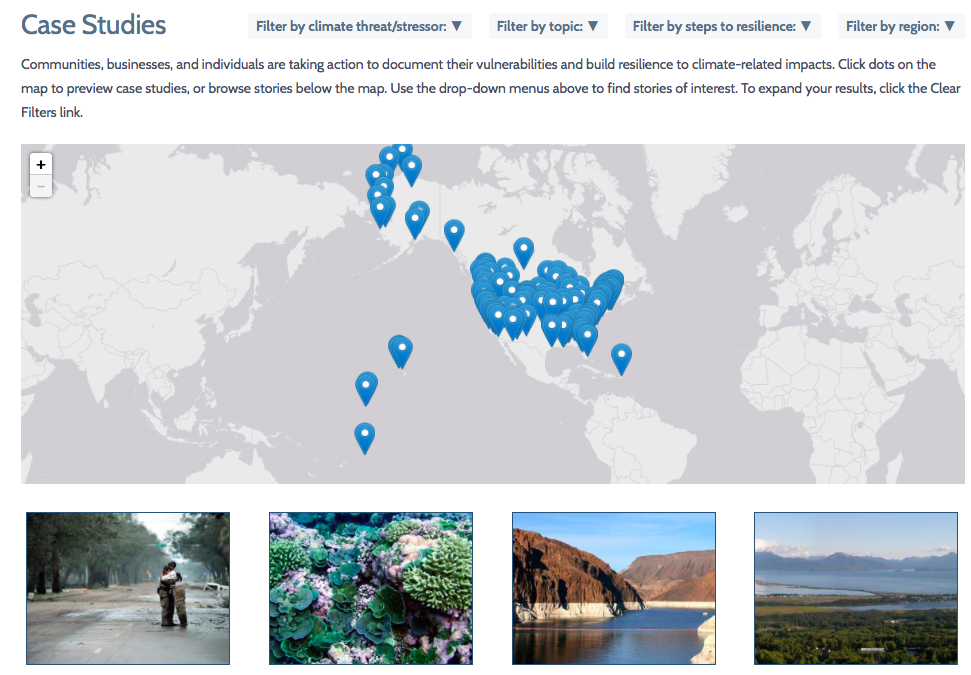