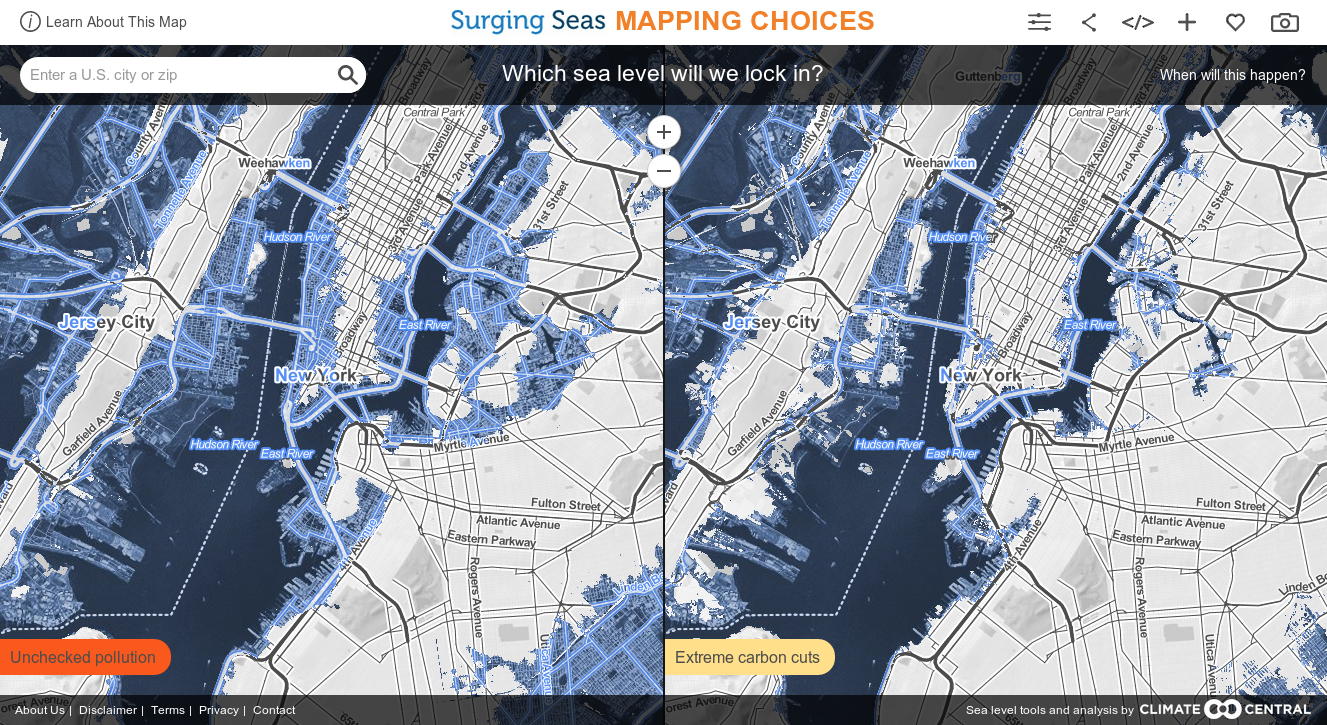 The purpose of this web tool is to provide a picture of post-2100 sea level rise threatened by different levels of carbon pollution, in order to inform public and policy dialogues about energy and climate. It is not meant as a planning tool or as a prediction for any precise location.

These maps are based on peer-reviewed scientific research led by Climate Central and published in Proceedings of the National Academy of Sciences of the United States of America.

Carbon pollution casts a long shadow. It is expected to persist in the atmosphere long enough to prolong temperature increases for hundreds and thousands of years, long after we stop burning fossil fuels or clearing forest. And the seas will continue to rise.

That’s what these maps are about. They do not show what sea levels will be in this  century (see this map for near-term analysis). What they do show are scientific projections, taken from this paper, of the different post-2100 sea levels that could lock in this century, depending upon the carbon pathway we select. The areas colored blue are the areas below those levels -- areas which  will eventually be permanently underwater. These maps pose this question: which legacy will we choose?

Some research has suggested that the West Antarctic Ice Sheet has begun an unstoppable collapse, but the evidence is far from conclusive. The maps here do not assume inevitable West Antarctic collapse. If collapse has in fact begun, all locked-in sea levels would be higher than shown. Carbon emissions levels would still influence all outcomes.

These maps are based primarily on high quality lidar elevation data curated by NOAA, with a vertical accuracy (root mean square error) generally within 6 inches.

Citizens, communities, businesses, organizations, and governments at every level